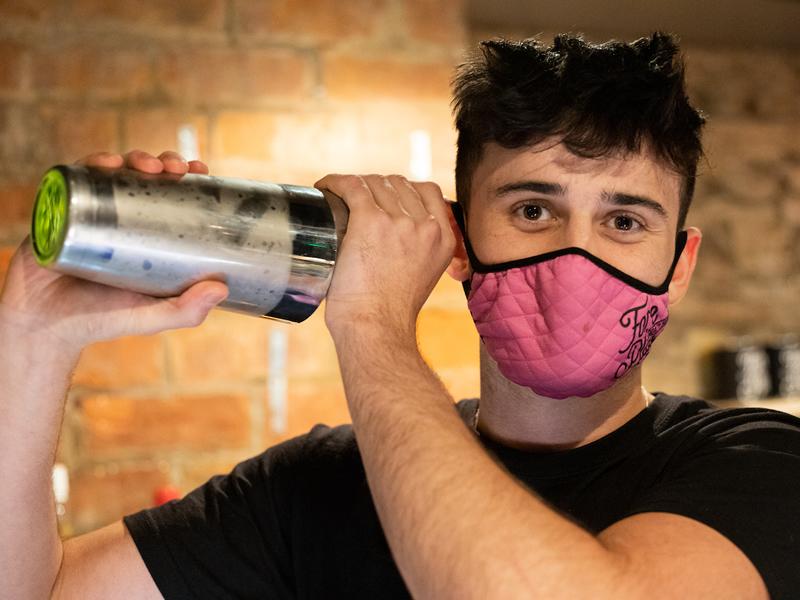 Swinging their doors open to players on Friday 30th April, The team behind Scotland’s favourite crazy golf concept haven’t let COVID dampen their spirits. And they’re bringing their love of crazy golf and great social experiences back to Glasgow and Edinburgh with the tee-riffic addition of a Cocktail Garden in each venue.

With tickets going on sale this Friday 16th April, golfers can expect a unique blend of crazy golf and mouth watering street food from local partners from both cities. And the new outdoor Cocktail Garden areas in each venue will allow punters to enjoy a bevy or two after their game. Fore Play Crazy Golf promises an experience which is un-fore-gettable in every way!

Launching only in October 2020 with a complete transformation of the former Steak restaurant, located at Picardy Place, the new Fore Play Crazy Golf Edinburgh pop up promises thrill-seekers two floors jam-packed with fun, games and Instagrammable features. As well as covid-safe table service in the heated, covered outdoor Cocktail Garden serving delicious drinks from partners Pickering’s Gin and Edinburgh Beer Factory, which can seat up to 80 people.

Taking centre-stage the Edinburgh course features famous Auld Reekie landmarks paying tribute to some of the city centre's most instagrammable spots including Greyfriars Bobby statue and the Scott Monument. Edinburgh’s street food superstars, The Pitt are also on hand to feed hungry guests with a new food menu that boasts plenty of vegetarian, vegan and gluten free options.

Meanwhile in Glasgow, the Kinning Park venue features Glasgow-inspired industrial courses. Visitors can expect guaranteed fun on the green; watch out for tricky The Clyde Ship Tunnel and the infamous giant 9-foot Cone hole hazards. Combined with tasty street food from their resident trader - LOADED. As well as boozy cocktails served in the brand new heated and covered Cocktail Garden which can seat almost 100 guests, meaning you can wet your whistle off the green.

“It’s been a difficult journey over the last year for all in our industry and while we have created some subtle changes in our venues, the team have been working tirelessly hard behind the scenes to make sure that we can open in the best possible way; bringing you quality moments and giving Glasgow and Edinburgh putters an exceptional experience in line with Government guidelines.

“We can’t wait to watch our guests take on the exciting and competitive courses. Who’s ready to play?”