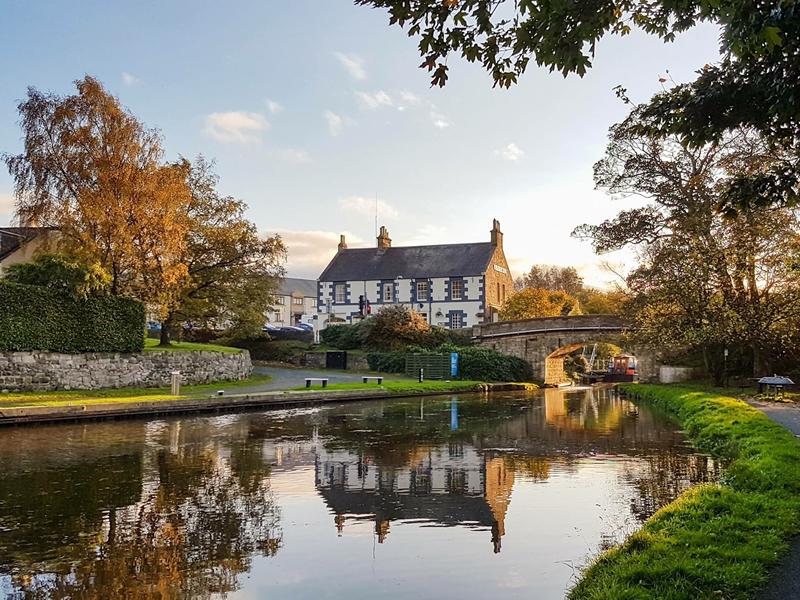 From Glasgow’s only Michelin starred restaurant and the capital’s most popular eateries to an award-winning café nestled in The Loch Lomond and Trossachs National Park, we are delighted to share some of Scotland’s finest dining establishments that are re-opening their doors.

Owned by Great British Menu 2021 participant Stuart Ralston, Aizle will re-open following a soft refurbishment in The Kimpton Charlotte Square. It gained huge popularity as the first restaurant in Edinburgh to offer a surprise tasting menu. Diners are privy to only a list of local, seasonal ingredients which feature in their six-course dinner. The restaurant regularly appears at the top of the TripAdvisor Travellers’ Choice Awards for best fine dining restaurants across the UK.
Online bookings are open now.

Stuart Ralston’s second venture, Noto was the only restaurant in Scotland to be awarded a Bib Gourmand at this year’s Michelin Awards.Like the New York dining scene it has taken its inspiration from, the menu features an international repertoire, with a strong Asian influence, across its small and large dishes.
*Until 17th May there will be no alcohol sales and the last booking will be at 7pm.
Online bookings are open now.

Edinburgh’s popular Wedgwood the Restaurant, located on the Royal Mile, will re-open to guests on 19th May for lunch and dinner. Loved by locals and tourists alike for its innovative dishes and high-quality Scottish produce, the fine dining restaurant is now taking bookings for its much-anticipated return.
The restaurant will still be offering its sell out ‘Wedgwood at Home’ takeaway and delivery service from Thursday – Sunday. Spaces will be limited so advance booking is advised. Paul Wedgwood will also continue to take bookings for the successful Wedgwood Alfresco, his bespoke outdoor dining experience.
Online bookings now open.

Situated on the banks of the Union Canal, just seven miles west of Edinburgh city centre is The Bridge Inn, Ratho. Re-opening at the end of April they will be unveiling a brand-new canal-side beer garden. In addition to the existing and revamped beer garden which has had patio heaters and awnings added the new extended garden features an outdoor bar and rustic food shack that will serve delicious sourdough toasties and authentic bratwurst.
The Pub at the Bridge Inn at Ratho has garnered lots of awards for its excellent food and drink offer and inviting ambience. In 2019 it was named Gastropub of the Year at the Edinburgh Restaurant Awards and featured in the AA Pub Guide 2020. The unrivalled views of the canal make it the perfect outing for when restrictions are lifted.
Online bookings now open and walk ins are welcome.

Glasgow’s only Michelin starred restaurant Cail Bruich will re-open on 20th May. This will be the first time the restaurant will be open since being awarded a Michelin star in January this year creating an exciting buzz for the city.
Lorna McNee brought the accolade home to the city just over five months into her first head chef role. Lorna creates elegant plates of food that make the most of Scotland’s seasonally changing ingredients prepared with respect and a lightness of touch. Lorna and the team have been perfecting the dishes for the new menu that will be launched in due course.
Sign up to their newsletter to be the first to know when the bookings will open.

With stunning views over Elie Bay in Fife, The Ship Inn is one of Scotland’s most beautiful settings for a casual drink with friends in the pub or beachside garden or a delicious sit-down meal. The good news is that it is opening both its indoor and outdoor seating area from 26th April. The inn serves up breakfast, lunch and dinner in its dining room, pub and beer garden, using seasonal Scottish dishes created by head chef Mateusz Majeur. They have recently added items to the popular BBQ menu including delicious rotisserie chicken, best served with a cold drink.
The Ship Inn is the only pub in Britain to have its own cricket team with a beach pitch and has a schedule of fixtures throughout the summer with regular opposition from Scotland and touring teams from all over the world.
Online bookings are open and walk ins are welcome.

St Andrews farm shop, Balgove Larder, will reopen its popular Steak Barn on Wednesday 28th of April with indoor and outdoor seating for walk-in customers. Balgove Larder is famous for its range of meats - reared on the farm, hung and cut in-house by a team of award-winning butchers. The Steak Barn menu includes a range of steak cuts, which are hung for at least 28 days and cooked to order on the massive wood-fired BBQ. Burgers and sausages, all made at Balgove Larder, are also available alongside the likes of twice fried chips and crispy beer battered onion rings. The Steak Barn, which is housed in a repurposed sawmill with distinctive potato crate walls, will open weekly from Wednesday 12pm - Sunday 8pm for indoor dining and 12pm – 9pm with alcohol sales for outdoor diners. Those sat indoors will have table service and menus, whilst outdoor diners will be able to use the QR code on each table to order from the menu using the Balgove app. Visitors are advised to check the Balgove Larder website and social media for guidance on updated service information prior to visiting.

The award-winning Real Food Café re-opened its click & collect service on 1st April. It will re-open its indoor and outdoor seating area from 26th April to hungry travellers. It is located in Tyndrum on the A82 and at approximately halfway along the West Highland Way within The Loch Lomond and Trossachs National Park. It has become a bustling hotspot for locals, tourists, outdoor enthusiasts and dog walkers looking to refuel and serves up home-baked treats and hearty, award-winning fish and chips, as well as a range of gluten-free options.
To ensure staff and customer safety a contactless service has been implemented along with plastic screens fitted at service points, non-contact bins for waste collection and a new outdoor handwashing station for customers has been installed.
Walk ins only.