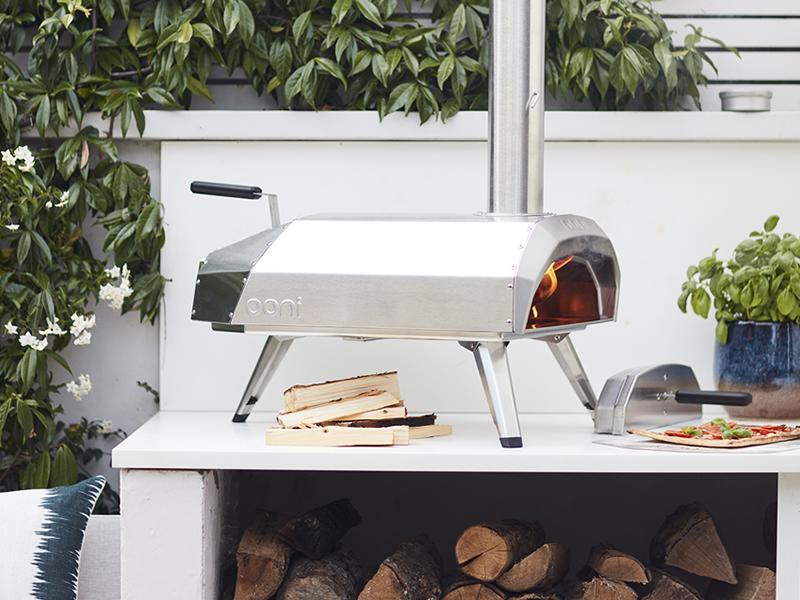 The latest in Dobbies’ series of virtual expert events this Spring, ‘Making Great Pizza at Home with Ooni Pizza Ovens’ will take place on 6 May at 6pm, with viewers invited to log in from across the country. The virtual event, hosted by Ooni’s founder and CEO Kristian Tapaninaho, will share expert tips and tricks to teach Dobbies customers everything they need to know about whipping up an authentic wood-fired pizza, from the comfort of their own home.

Covering everything from rolling and stretching your pizza dough to choosing the perfect toppings, Kristian will also share the fascinating history of Ooni Pizza Ovens, along with a live pizza making demonstration – just in time for alfresco dining this summer.

Attendees will also have the opportunity to submit any questions they have, with Kristian answering as many as he can throughout the session.

Kristian Tapaninaho, founder and CEO of Ooni Pizza Ovens, said: “I am so excited to host this virtual event with Dobbies, to showcase Ooni’s game-changing products. I’ll be sharing my top tips like how to stretch dough like a pro and how to choose the best ingredients. I’ll be answering any questions you have on how to level-up your outdoor cooking game. There’s nothing better than making truly great pizza at home.”

The event is the latest in a series of free virtual events hosted by Dobbies this Spring. Following a successful programme of Facebook Live sessions in 2020, they provide a virtual alternative to regular events usually hosted instore. Further events have already been announced for the coming weeks, including virtual gardening hosted by Dobbies’ Horticulture Director, Marcus Eyles. Advance booking is essential for the virtual events, which are hosted on Microsoft Teams, making it quick and simple for viewers to log on and join in the event from the comfort of their homes.

The sessions are free of charge and exclusively available to Dobbies Club members. For those who aren’t yet members of Dobbies Club, membership is free and signing up is quick and simple, giving access to a variety of benefits, special offers and exclusive events. To sign up visit dobbies.com

Tickets are now available for ‘Making Great Pizza at Home with Ooni Pizza Ovens’, and are free of charge. To secure your place at the event on 6 May at 6pm, visit: www.dobbies.com/events