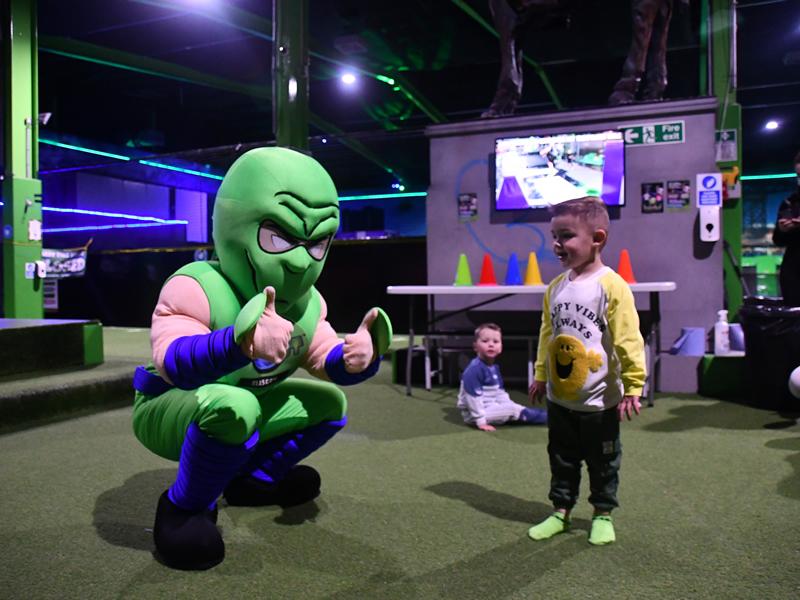 Flip Out, Glasgow’s 63,000sq ft indoor inflatable and trampoline arena, has re-opened in line with the Scottish Government’s latest announcement on Coronavirus restrictions with a comprehensive safety, hygiene and cleaning plan in place.

With a reduced capacity, jumpers must pre-book online watch a safety briefing ahead of arrival. All guests will have their temperature checked at the arena and facemasks are compulsory for anyone over the age five, unless exempt, when entering and walking around the building.

Due to social distancing restrictions, foam pits, the inflataflip and soft play areas remain closed. The Ninja Warrior course, parkour area and upstairs café will be open, offering visitors plenty of options for Flip Out fun.

“We have building up to this for months now and it was great to see people back in the arena today,” said George Gallacher, general manager at Flip Out Glasgow.

“We have a new staff safety policy in place, which starts before we even enter the building at the beginning of our shift. We’ve thought very carefully about social distancing and talk customers through our safety plan and general advice when they arrive.

“People will be encouraged to use the new hygiene stations regularly during their visit and we have significantly increased our cleaning schedule, making sure that areas and equipment are checked regularly throughout the day.

“It’s been a long and difficult winter for everyone and we know that people are desperate to get back out and get active again. But we understand that they want to feel as safe as possible - we have made every effort to do that.

“We’re also urging everyone to book in advance and not just turn up on the day, as capacity is reduced.”