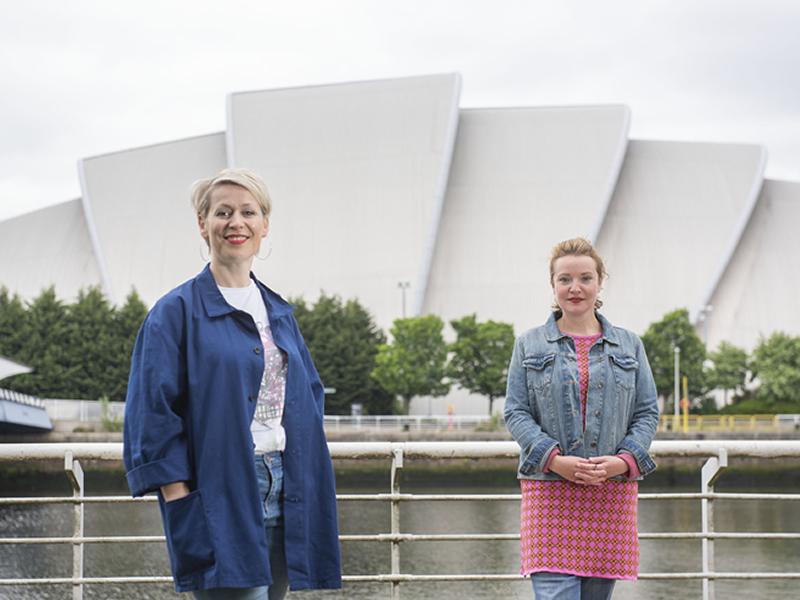 • Live shows cancelled by Covid 19 during 2020 now brought back to tour across Scotland - The Enemy by Kieran Hurley, directed by Finn den Hertog is a brand-new provocative and timely adaptation of Henrik Ibsen’s iconic classic An Enemy of the People with music composed by Kathryn Joseph; Enough of Him by May Sumbwanyambe, directed by Justin Audibert, presented in a first-time collaboration with Pitlochry Festival Theatre, tells the remarkable true story of Joseph Knight an enslaved African man brought to Scotland by plantation owner John Wedderburn, to serve in his Perthshire mansion.

• World Premiere stage production of new Scottish musical Orphans in 2022, a darkly comic musical about family, grief and forgiveness, based on the film Orphans written and directed by Peter Mullan. Directed for Scotland’s stages by Cora Bissett, adapted by Douglas Maxwell with heartfelt rousing music from Roddy Hart and Tommy Reilly signalling the return of the National Theatre of Scotland to Scotland’s largest stages.

• Two compelling and powerful pieces from award-winning poet, playwright and director, Hannah Lavery, live on stage and on digital platforms during the month of August 2021. Lament for Sheku Bayoh, an artistic response to the tragic death of Sheku Bayoh is on stage at the Royal Lyceum Theatre during this year’s Edinburgh International Festival and, in a partnership with The Royal Society of Edinburgh, Thirteen Fragments is a new digital artwork created as part of a Post Covid-19 Futures Commission featuring spoken word and movement.

• The digital programme continues, connecting creatively with audiences at home. Carry Me Home – A Ferry Tale is a new short film created by Seth Hardwick celebrating Scotland’s Year of Coasts and Waters 20/21 and filmed on a Cal Mac ferry, streaming to audiences in September.

It seems entirely fitting that our first post lockdown tour will be Kieran Hurley and Finn den Hertog’s The Enemy, after Ibsen’s Enemy of the People, which was in rehearsal when COVID-19 closed Scottish theatres for over 16 months. An astute and timely tale which I am proud will be seen, at last, in venues from Greenock to Inverness.

This programme not only marks the Company’s journey out of lockdown back into theatres, but the theme of journeying can be found throughout the programme, each production weaving a compelling narrative, in the way that is unique to theatre.

Four characters on a soulful journey through the night in the trailblazing musical Orphans, created by Cora Bissett, Douglas Maxwell, Roddy Hart and Tommy Reilly in tribute to Peter Mullan’s cult film, a fateful journey across the waters in Seth Hardwick’s poignant short film Carry Me Home – A Ferry Tale, a journey for Joseph Knight from Africa to Perthshire and for Scotland towards the abolition of slavery in May Sumbwanyambe’s Enough of Him and Hannah Lavery’s powerful and empowered Lament for Sheku Bayoh, marking Scotland’s journey to understand its own racism in the current day. Also in August, Hannah Lavery’s impassioned & poetic take on female resilience in 2020 is premiered in partnership with the RSE as part of their important Post Covid-19 Futures Commission.

It is vital that the National Theatre of Scotland continues collaborating with as many partners and venues as possible and creating employment opportunities for artists and freelancers so we can give much needed support to the sector at this critical stage. We welcome them all to join us in our hopeful journey back to being with audiences once more and sharing the unique experience of live performance that we have missed for so long”