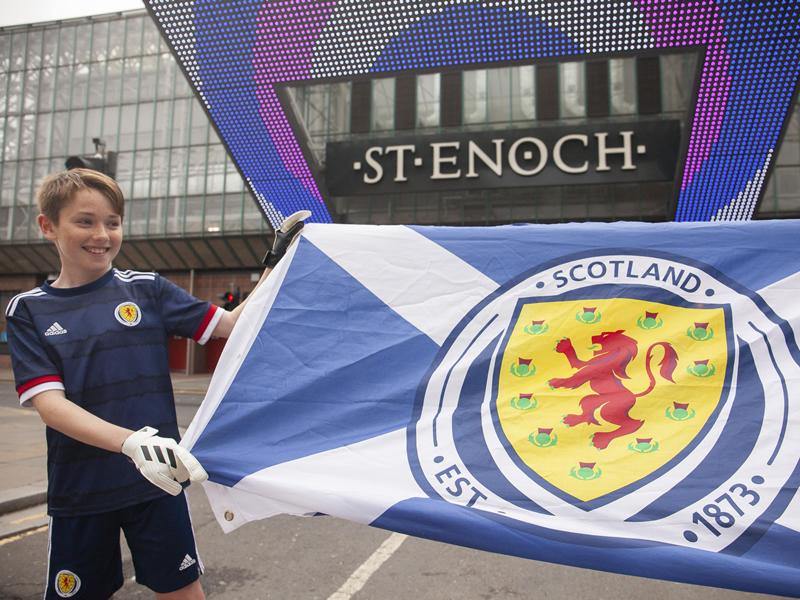 St. Enoch Centre is showing its support for Scotland’s national team by inspiring the next generation of Scotland’s footie stars by giving away footballs if Scotland beat the Czech Republic, and goalie gloves if they lose.

The leading Glasgow shopping centre wants to encourage youngsters to improve their football skills so that they can become the next David Marshall or Andy Roberston, with the centre’s level of support in the hands - and feet -of the Scotland team as they come up against the Czech Republic on Monday 14th June 2021.

If Scotland win the game St. Enoch Centre will give away 50 Euro footballs to encourage more striking practice.

However, if Scotland lose, 50 pairs of junior goalie gloves will be given away on Tuesday following the game.

If it is a draw, then 25 balls and 25 goalie gloves will be available to the first 50 customers to the Customer Services desk.

Anne Ledgerwood, centre director for St. Enoch Centre, said: “The team at St. Enoch Centre want to back Scotland all the way as they head into their first major tournament in 23 years, and what better way than helping the next generation who dream of playing for their country one day.

“It would be fair to say that being a Scotland fan can bring its challenges, so we wanted to make sure that our support helps where the team needs it most. So, if the team win on Monday we will give away footballs to inspire our strikers but if the result doesn’t go our way, then we thought goalie gloves may be more beneficial.

“If the result of a draw, we decided the sensible option was to improve both skills and give away a mix of both. Fingers crossed it is footballs that we will be giving away on Tuesday.”

Depending on the result either 50 footballs, 50 pairs of goalie gloves or 25 of each will be available from 9am on Tuesday 15th June 2021 to the first 50 customers to the customer services desk on the first floor of St. Enoch Centre.