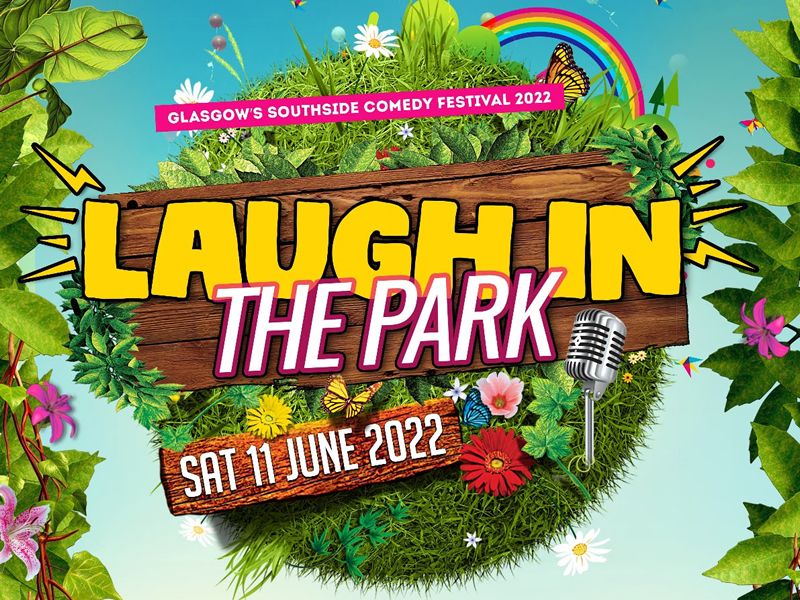 Laugh in the Park: Glasgow’s Southside Comedy Festival was a new comedy event founded last summer in between lockdown’s and was a roaring success and the highlight of last year’s comedy shows.

The event of course takes place annually within the leafy confines of Queens Park in the heart of Glasgow’s Southside on Saturday 11th June 2022. Our venue is the Queens Park Arena otherwise known locally as “The Bandstand” – a unique outdoor music and performance venue.

The debut event sold out within a few hours and proved to be a sunny evening packed with award winning comedy from some of Scotland finest comics.

This year we are back with a bigger line‐up and no annoying (covid related) bar restrictions and ready for another delightful evening.

Due to the nature of this open‐air amphitheatre venue we can run this event for just under 499 persons. Tickets will be sold in seating bubbles of two, four, six eight. These go on sale on Friday 6th May at midday. They are expected to sell out fast (a few hours last year!), but you can pre‐register for “Remind Me” for the absolute best chance to get a ticket!

Laugh In the park, plans to cement ourselves as permanent fixture in the calendar and as a celebration of the wealth of talent in Scottish comedy has, life itself and the beautiful surroundings right on our doorstep.

The show runs from 19.30 – 22.00 The site will be fully kitted i.e., toilets, licensed bar, street food and is fully accessible for wheel chair users.

Our line‐up consists of seven of the absolute best performers to be found in Scotland and we promise you 2.5 hours of award winning, side splitting comedy (minus a couple of intervals):