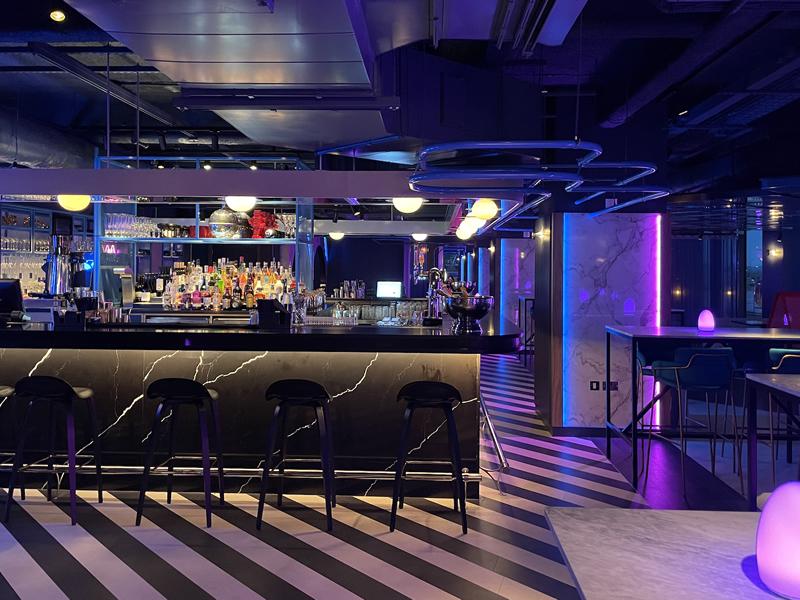 Those keen to be one of the first to check out Scotland’s first sky-high bar, restaurant and bowling alley can now make a booking as VEGA announces it will be opening its doors to the public later this month.

Operated by hotel group YOTEL, the sophisticated venue is the first of its kind in Scotland and brings together panoramic skyline views, neon-lit ten pin bowling and a contemporary menu concept featuring bold explosive flavours that are guaranteed to bowl you over.

Also on the menu are irresistible hand-spun boozy shakes and imaginative cocktails created by VEGA’s skilled bar crew. The cocktail list celebrates the venue’s magnetic ‘‘space-age’ concept and includes party-starting punch bowls served in Insta-worthy disco balls, as well as drinks like Red Dust with Absolut Raspberry, elderflower, topped with Prosecco and sprinkles of red dust or the unusual The Sighting with Havana Club 3YO, lychee, coconut and a hint of cherry.

Turning the fun up a notch, the impressive day to late-night venue also boasts a striking four-lane bowling alley, neon-lit and complete with state-of-the-art interactive light shows that will be sure to light up guests' social media. Full programming will be revealed soon and will feature DJs sets, events and special offers.

Euan Wilson, Manager at VEGA said: “With VEGA we wanted to create something special where people can go and have an out of this world experience.

“Our menu has been created to offer guests a seamless day to late night adventure - there’s no other lifestyle venue quite like us in the city.

“With its bold design, epic food and drink offering and weekend DJ sets, we’re bringing fun to Glasgow in a uniquely VEGA way.”

The venue will be offering a 50% discount on food during its soft opening taking place between 19 – 27 July. Limited spaces are available and can be booked via their website. VEGA will officially open on 28 July.

Bookings are now live at vegaglasgow.com