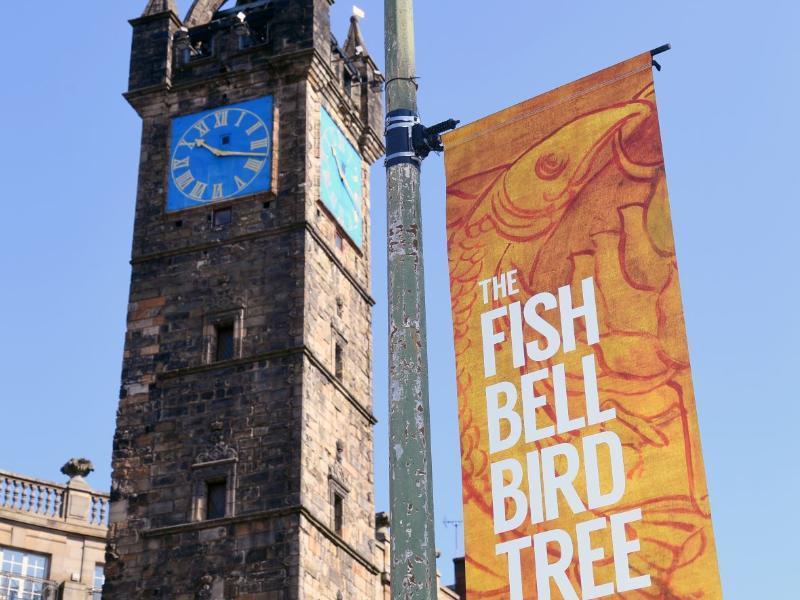 The banners which are on display along High Street and the adjoining Saltmarket tell the stories that reflect the area's people, places and events over that time.

The 42 banners tell the stories of Glasgow's origins and traditions, featuring well-known Glasgow people, landmarks and events such as Glasgow Cathedral, Provands Lordship, St Mungo and the Glasgow Fair, and also the history of how the area played a role in world trade and the struggle for women's voting rights.

Other banners show how distinguished figures such as James Boswell, Daniel Defoe, Adam Smith and James Watt were linked to the High Street area, and yet more will bring to life little-known stories on the Molendinar Flood and Little St Mungo's Chapel.

An app will allow people to access these stories and more online, when visiting the area or elsewhere: storymaps.arcgis.com

In addition, historic lane signs will be installed in the area through this project.

Councillor Angus Millar, Chair of the High Street Reference Group, said: “These new banners form a heritage trail telling the remarkable story of this, the most historic area in Glasgow. Not only do these banners illustrate the High Street's fascinating history, they will encourage visitors to the area as they explore its importance - in so many fields - to the city. This trail is just part of the work we are doing to promote the area.”