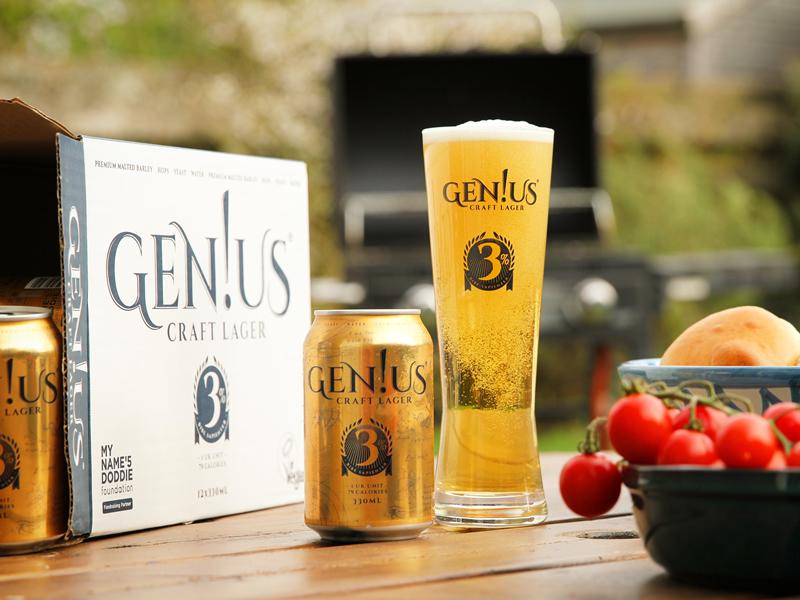 Aldi has revealed the line-up for its summer Scottish Beer Festival, which will showcase 30 unique craft beers from 14 of the best breweries across Scotland.

Kicking off in-store on Thursday 29th July, the festival will take place in all 96 Aldi stores in Scotland with prices starting at just £1.49.

Genius Brewing’s light craft lager will feature in this summer’s line-up, which includes everything from saisons and IPAs to ginger beers and stouts in deals worth over £86,000 to the breweries involved. After their appearance on Dragons’ Den, this is Genius Brewing’s first Scotland-wide listing with a major national retailer.

Founded in Glasgow in 2018 by Jason Clarke and Charlie Craig, Genius Brewing is on a mission to make healthier drinking a pleasure, not a compromise. Its award-winning* Gen!us Craft Lager is brewed with the finest pilsner malts and three hop varieties: Styrian Golding, Galaxy, and Ella. The result is a refreshing light craft lager with a smooth, citrus finish.

The Gen!us ethos is all about #SmartDrinking, helping consumers make well-informed healthier choices. One 330ml can of Gen!us is 79 calories per can – fewer calories than the average apple – and at 3% ABV, is exactly 1 unit of alcohol. The distinctive gold cans also feature vegan accreditation, industry-leading calorie and units labelling on the front, and full food-standard nutrition information on the back.

As Official Fundraising Partners, Genius Brewing donates 5p from every can of Gen!us to the My Name’5 Doddie Foundation to help tackle Motor Neurone Disease.

We’re thrilled to be working with Genius Brewing and to offer our customers the chance to try their low-calorie, lower ABV Gen!us Craft Lager. The team at Genius are the pioneers of the healthier drinking trend and we can’t wait to see what our customers think of their refreshingly light craft lager.

We are committed to supporting the Scottish craft beer industry and are exceptionally proud of the relationships we have established with local breweries. As we look to the future, we will remain committed to our suppliers and will continue to grow our partnerships.”

Aldi has also created a fun quiz to help customers find the best Scottish craft beer in the festival to suit their personality.

Aldi’s ‘Which Brew Are You’ asks people a few simple questions to identify their personality type. The quiz then breaks down four personas, from the ‘Hipster’ to the ‘Strong, Mysterious Soul,’ ‘The Cool Character’ and the ‘Adventure Seeker,’ and pairs each with a selection of top quality Scottish craft beers, chosen by Aldi experts, to suit the tastes of the individual.