Drygate dish up zero waste menu and beer for COP26

To coincide with COP26 – Drygate are joining other businesses in the Plate Up for Glasgow campaign, launching a zero-waste beer and new food menu using ingredients that would otherwise be discarded. 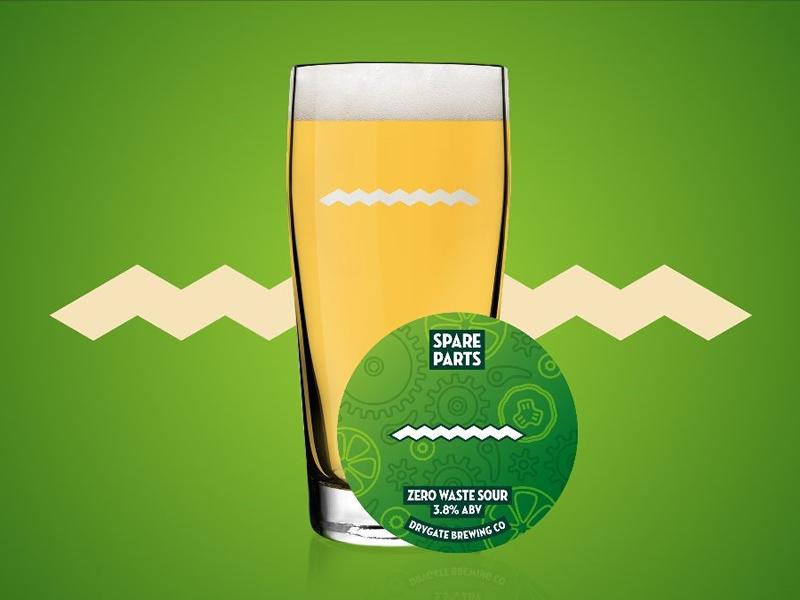 As Glasgow gears up to host the UN Climate Change Conference of the Parties (COP26) later this year, Drygate and several other hospitality businesses are teaming up with Glasgow City Chamber of Commerce to reduce food waste.

The Plate Up for Glasgow campaign has been created to highlight and reduce food waste, therefore reducing its negative environmental impact.

From 12 October - 12 November 2021, Drygate will be trialling new zero-waste food and drink offerings, including a set menu and beer that will be created using food that would otherwise be discarded. By working with suppliers, they will collect and use food unfit for sale to prevent wastage.

The beer – named Spare Parts – will be brewed using parts of fruit and vegetables that normally go unused, surplus bread, and this years small crop of Drygate’s home-grown hops. It will be available on-site at Drygate's bar and at selected partner venues involved in the Plate Up for Glasgow campaign.

Food waste at Drygate currently goes to a facility for anaerobic digestion and they are in the process of calculating and offsetting their carbon emissions.

Matt Corden, Managing Director at Drygate comments: “Producing meals and beer have traditionally contributed heavily to waste, but that doesn’t have to be the case. We’ve made huge strides in previous years to give spent grain from the brewing process, vegetable scraps, off-cuts, and other produce a second life.

“We’re eager to explore new sustainable practices, as we know there’s always room for improvement. We’re excited to have the opportunity to get creative and work on solutions that work for our guests, loyal beer fans, suppliers, and staff.

“At a time when so many are going without food, it’s even more important for us to recognise the privilege that we have and share what we can. For this reason, we’re also brewing a zero-waste beer, giving that to partner venues for free, and encouraging them to donate the profits to The Trussell Trust.

“It’s fantastic to be involved in a scheme with so many other Glasgow-based businesses; we’re delighted to be included with the likes of Eusebi's Deli & Restaurant, Ka Pao, SWG3, and other neighbours.”

“Our set menu will feature a rotating selection of dishes – based on what’s available to us. We’ll also be encouraging guests to take any leftovers with them to enjoy later, in compostable containers.

“Chefs can use ‘waste’ ingredients in a variety of interesting ways – including sauces, stocks, and less traditional dishes. Farmers work incredibly hard to produce the food we eat and it’s only right that we use as much of it as possible.”

How to get involved:
• Visit Drygate between 12 October - 12 November 2021 to sample the zero-waste menu and beer
• For a full list of participating venues, visit plateupforglasgow.co.uk