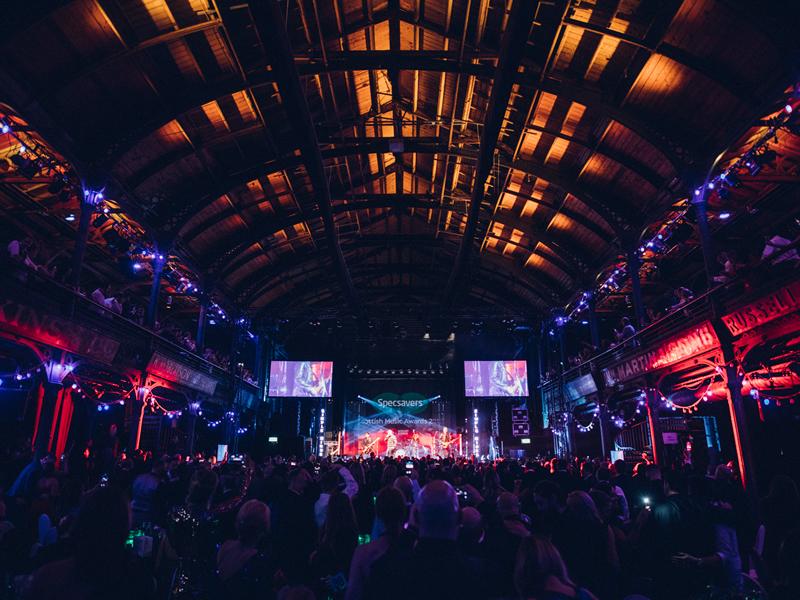 It’s time for a return to the glitz and glamour, as Nordoff Robbins Music Therapy charity and Specsavers announce the return of one of the foundation’s flagship events, with the Specsavers Scottish Music Awards revealing a brand new location and the first acts set to perform as The Fratellis, Nathan Evans and Nina Nesbitt. One of the most celebrated nights of the year will take place in Glasgow’s Barrowland Ballroom for the first time ever, presented by Edith Bowman on Saturday 13th November 2021, and the return to a physical event following last year’s virtual stream will mark a new era for Scotland’s national awards. Hosting the biggest and best in the music industry, the Specsavers Scottish Music Awards will raise funds and awareness of the vitally important work Nordoff Robbins music therapy charity do.

With more acts to be announced over the coming weeks, tickets are available to purchase via Simon Foy at simon.foy@nordoff-robbins.org.uk.

Donald C MacLeod MBE, Chairman of the NR Events and Fundraising Committee Scotland, said: “We’re delighted to announce the return of the Specsavers Scottish Music Awards, and we’re even more excited for the event to return to a physical award show in Scotland’s iconic and legendary live music venue, Barrowland Ballroom this November! The venue is renowned around the world and is an integral part of Scotland's music community, so it will certainly be a night to remember.

“For over two decades the awards have raised vital funds for Nordoff Robbins music therapy and celebrated some of the biggest and best stars from Annie Lennox, Susan Boyle and Simple Minds to rising artists like Lewis Capaldi, Tom Walker and Joesef. Like many other charities, last year was an extremely challenging time for Nordoff Robbins and we lost a huge amount of our fundraising income. However, last year’s digital event was a resounding success, raising an incredible £89,000 that helped the charity to provide vital services across Scotland. This year we’re determined to come back bigger and better than before, and are raring to go as the Specsavers Scottish Music Awards makes a welcomed return to Glasgow for an unmissable evening celebrating some of Scotland's biggest names!” 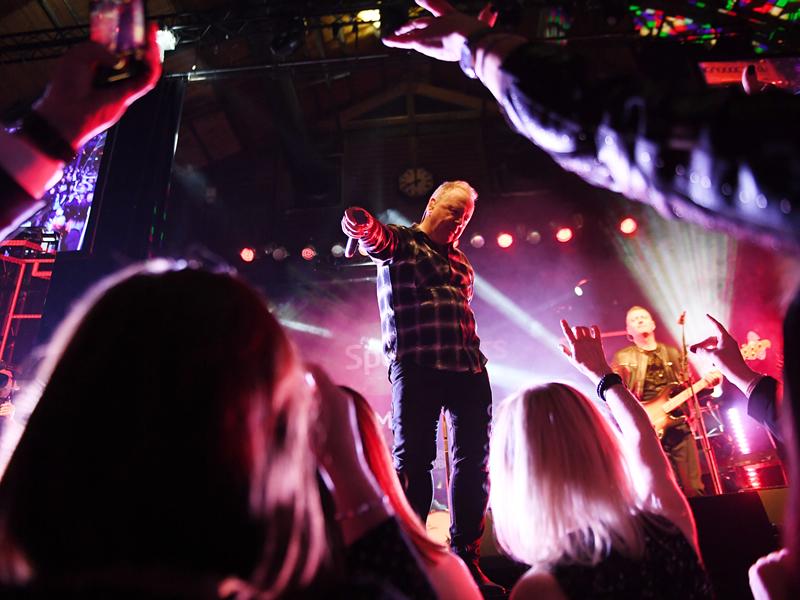 Returning once again to host the live awards ceremony is broadcaster Edith Bowman, who said: “I’m really excited to be back hosting the Specsavers Scottish Music Awards as an actual real life event this year. It will be an incredible feeling for all of us to be back together again, after what has been a really long and difficult year for charities like Nordoff Robbins. It’s more important than ever for us to support the vital work Nordoff Robbins does across the country by providing music therapy to people who need it the most, and the event will raise much-needed funds for their work. The Scottish music scene is special for so many reasons, particularly its ability to come together and support each other in times of need, and that’s exactly what we’ve seen over the past year. I’ll see you there!”

The awards were forced to move online during the COVID-19 pandemic, so 2021 will mark an extra special night as the country’s music scene comes together once more to celebrate at the 23rd event. Raising an outstanding £89,000 from the online event in 2020, the awards will honour some of Scotland’s biggest icons, as well as shining a light on the country’s most exciting rising stars. After the success of last year’s digital stream, the Specsavers Scottish Music Awards are delighted to reveal that music fans will be able to join in on the fun and watch all of the intimate performances from some of the country’s biggest stars.

Due to the pandemic, Nordoff Robbins fundraising was decimated for 2020. Their forecast for 2021 is only 40% of their pre-covid income. Despite this huge reduction in income, their services are needed now more than ever. They will continue to meet the need as and where they can - whether online or face-to-face. 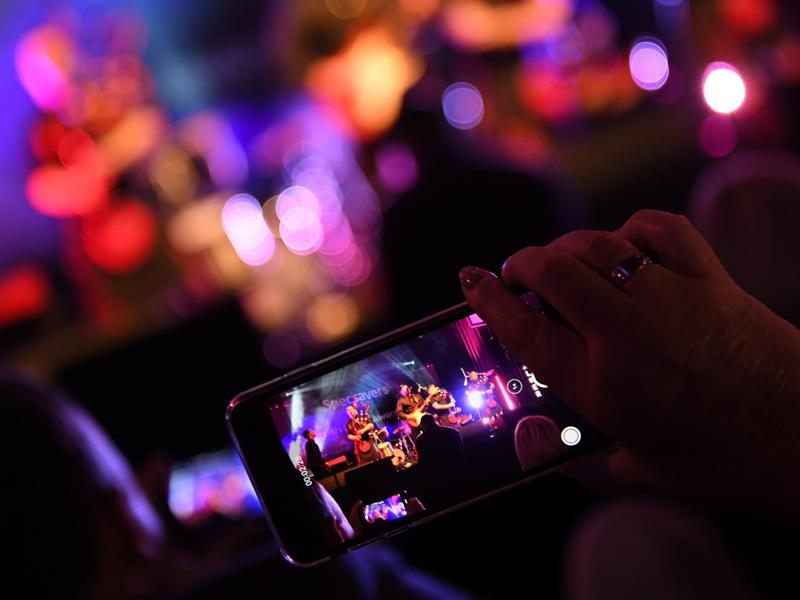 The Specsavers Scottish Music Awards have taken place in various iconic Scottish locations over the years from Glasgow’s Old Fruitmarket to the SEC, and 2021 will see the event join forces with one of the world’s most renowned venues as it moves to The Barrowland Ballroom in Glasgow’s city centre. A legendary music venue, it seems fitting that after a year without live events Scotland’s music industry should reunite at one of its favourite venues. With The Fratellis, Nathan Evans, Nina Nesbitt and more set to take to the iconic stage, 2021’s awards will be a resounding celebration of the country’s vibrant music scene.

This year’s first nominees and performers include:

After supporting Nordoff Robbins during 2020’s online event Stream4Scotland, The Fratellis are set to perform at the Specsavers Scottish Music Awards, and the Glasgow trio will perform hits from their incredible 15 years spent in the music industry. Fresh from his debut at TRNSMT Festival this year, Nathan Evans has grown from strength to strength after going viral for his rendition of ‘Wellerman – Sea Shanty’ on TikTok. This is just the beginning for the postman turned singer as his performance at Specsavers Scottish Music Awards is set to be a special one. Rounding off the newly announced, Scottish singer-songwriter Nina Nesbitt will return to the ceremony, after entertaining fans across the world during lockdown with her musical TikToks. Previously winning the ‘Evolution’ award, Nina Nesbitt is well on her way to becoming one of Scotland’s most successful stars.

For the past 22 years, the Specsavers Scottish Music Awards have honoured some of the country’s biggest international stars from Annie Lennox to Susan Boyle, Biffy Clyro to Snow Patrol, all whilst celebrating Scotland’s best up and coming talent including breakthrough awards for the likes of Be Charlotte, Tom Walker and Lewis Capaldi, with the all-important mission to raise funds for the UK’s largest independent music therapy charity.

Funds raised on the night via online donations, live auctions and ticket sales are a vital part of the charity’s ability to provide music therapists and sessions to those who need it most, marking 23 years of the awards as the main fundraising event for Nordoff Robbins. 2020’s winners and performers included Texas, Amy Macdonald, Wet Wet Wet, Dougie MacLean and many more, raising £89,000 to ensure the charity is able to provide vital services across Scotland.