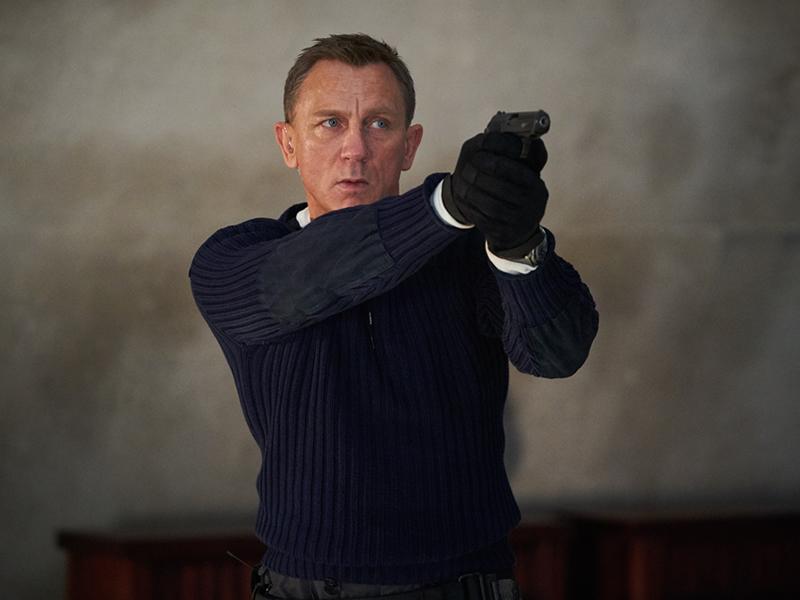 NO TIME to waste on Thursday, 30 September, as 007 finally returns to the big screen for his 25th instalment, No Time To Die, and shows begin from a minute past midnight at Vue Glasgow St Enoch and Vue Glasgow Fort – with tickets available now.

Those who wish to be the first to see Daniel Craig’s long-awaited finale as MI6’s most iconic agent can Get Lost in the magic of a midnight screening of the hottest and most anticipated blockbuster of the year.

Left with no choice but to quit retirement after being sought out by an old friend from the CIA, Bond finds himself compelled to rescue a kidnapped scientist and follow the trail of a mysterious villain, armed with a dangerous new technology, in No Time to Die.

Bolstered by an all-star cast across acting and production, Cary Fukunaga’s Bond Directorial debut is supported by the likes of Rami Malek, Ana de Armas, Léa Seydoux, and Ralph Fiennes on screen, as well as writing contributions from Fleabag sensation Phoebe Waller-Bridge.

Film-lovers can immerse themselves in the world of 007 through a flavour of Bond’s iconic drink, as Joe & Seph’s Dry Martini flavour gourmet popcorn will also be on offer at Vue for a limited time. And to add to the excitement, film-goers who buy a selected Coca-Cola drink can enter Vue and Coca-Cola’s exclusive competition and be in with the chance of winning a number of high value Vue gift cards as well as vouchers to redeem on Coke Freestyle.

The release of No Time To Die is expected to bring even more people back to the cinema for the first time, as research from Vue’s Fulfilment Report, in conjunction with Kokoro, revealed that one in three Brits have already returned to the cinema since they reopened in May.

The Fulfilment Report is an ongoing, year-long study into the nation’s relationship with the big screen and escapism, and has also found that two-thirds of cinema-goers say watching a film on the big screen would have a positive impact on their mental state that day, with three quarters believing the experience offers a genuine escape from “pings” and notifications.

Tickets are now available for the years’ biggest blockbuster and film-goers are encouraged to pre-book their tickets online at myvue.com or on the app, with tickets costing £1 less than in cinema.

Christopher Jackson, General Manager at Vue Glasgow St Enoch, said: “No Time to Die has been the hottest blockbuster to come for some time now, and we couldn’t be more excited to finally be within reach of its big screen release.

“Our own research tells us that out of all the new films coming up this year, cinema-goers are most excited about the 25th Bond outing – and we know there’s always an extraordinary atmosphere when watching a blockbuster release at midnight. So, with screenings beginning from a minute past midnight, we’ve left no time to waste in catching this one.

“Viewers can dig into their Dry Martini flavour popcorn and Get Lost in the world of James Bond as they watch the latest instalment in the best picture and audio available in big screen entertainment.”