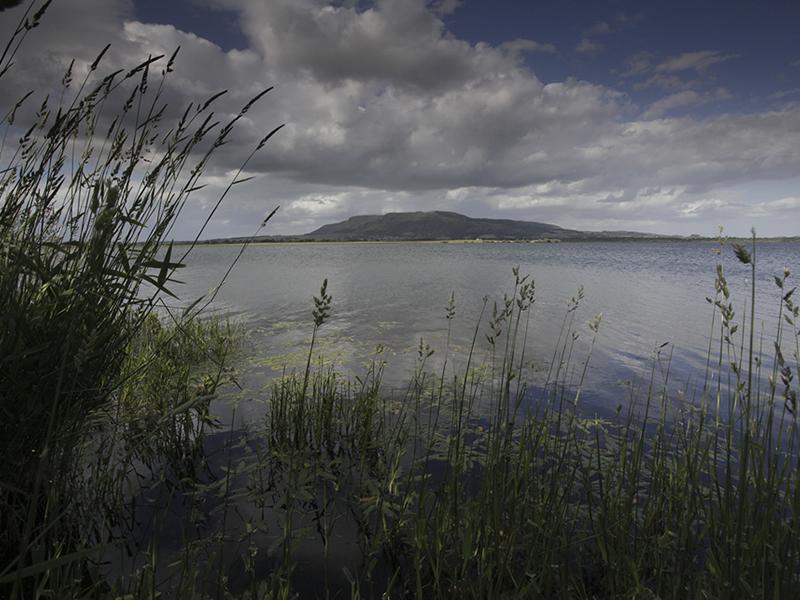 The campaign to create a statue of RSPB founder and eco pioneer Emily Williamson (1855-1936) is touring RSPB reserves around the country. This will include a visit to RSPB Loch Leven in Kinross, on Friday 8 October 2021. Four sculptors have each created a beautiful design of a statue for Emily and the maquettes (miniature statues) will be on display at Loch Leven with visitors able to find out more about the project and vote for their favourite.

Emily’s campaigning began with her horror at the fashion for using feathers in the creation of hats; a cruel practice that reached a peak in Victorian times and often saw whole birds used within ostentatious designs. It was a huge industry that saw the importation of millions of birds for their feathers and threatened the extinction of whole species. Emily’s campaign began with a meeting over tea and cakes in 1889 and would ultimately lead to a change in legislation (not until 1921 with the Plumage Act) and the founding of the Society for the Protection of Birds, which in 1904 would receive royal ascent to be come the Royal Society for the Protection of Birds (RSPB).

And yet, Emily’s story hasn’t gained its rightful place in the history books, she’s received little recognition and her inspiring legacy has been largely unexplored. But that is about to change. The catalyst for this will be a statue for Emily that will stand in the grounds of the home from where her campaigning began; Didsbury’s Fletcher Moss Park, Manchester. And with the project, which is a partnership between the RSPB and the Emily Williamson Statue Campaign, comes a reminder of what we can achieve as individuals and that we as individuals must do more for the natural world.

Visitors to RSPB Loch Leven will be able to find out more about Emily’s story, see the four exquisite maquettes that have been created by the final shortlisted sculptors, vote for their favourite and meet Chair of the Emily Williamson Statue Committee, Andrew Simcock. Andrew previously led a public engagement exercise of this nature with the campaign for a statue of the suffragette leader Emmeline Pankhurst. This was unveiled in Manchester during the centenary of Votes for Women in 2018 and was recently voted the city’s favourite statue.

Andrew Simcock, Chair of the Emily Williamson Statue Committee, says, “The public have already helped us to shortlist to the final four sculptors and I want to encourage as many people as possible to now vote for their favourite design. We want Emily’s statue to be representative of the people that it seeks to inspire and our tour of RSPB reserves will be a wonderful way of reaching and engaging with people to share her incredible story. It’s also a poignant reminder of the legacy that Emily helped to create, with over 200 reserves now just a part of the work of the RSPB. I’m looking forward to visiting picturesque Loch Leven, a vitally important site for wildlife which also attracts thousands of visitors each year from across the world.”

The Emily Williamson Statue Campaign’s tour of RSPB reserves will take in the length and breadth of the country, visiting ten reserves. These include the RSPB’s headquarters in Bedfordshire, South Stacks in Wales and Belfast’s Window on Wildlife. Each is very different featuring heathlands, marshes and cliff tops.

Clare Abbatt looks to the future by placing Emily next to a young girl who represents her great great niece, Professor Melissa Bateson, who now works as a bird scientist. The intention is to engage visitors of all ages in the challenges faced by the natural world.

Clare, who lives in Northamptonshire, says, “I’m committed to the idea of taking something forward; of it being not just a memorial, but a living inspiration. I want to celebrate what the RSPB is doing today by creating a piece of work that engages visitors of all ages, which children in particular can enjoy and learn from.”

Billie Bond makes direct reference to ‘murderous millinery’ with a bird hat, turned upsidedown to become a bird bath. Emily is seated quietly and contemplatively on a bench in her garden: the visitor is invited to join her, and reflect on the story.

Billie, who lives in Great Waltham, Essex, says, “To me, the feathers, the hats and the birds were the most important part of the story. The statue needs to shock, to show what was happening. But I wanted the hat to also tell a different story. By turning it upside down, Emily is giving it back to the birds. The little bird perched on the rim is a robin. It’s a symbolic offering: the robin represents rebirth.”

The design of international artist Laury Dizengremel is serene and simple: a young Emily looks tenderly and compassionately at a bird held in her hand. Laury’s aim is for people to have an instant connection to the statue.

Eve Shepherd has conceived a design that reveals more the closer one gets – with a crinoline dress that is in fact an organic cliff face, a nesting ground home to the birds that Emily campaigned to save. It also reflects a concern for the future, with birds that are vulnerable today incorporated into the design; owl, heron, grebe and kingfisher.

Eve, who lives in Brighton, says, “My version of Emily draws together both person and landscape. She protects the birds, women and girls within her care; she is the ‘mother of nature’. Visually, the statue will blend in with its leafy surroundings, as Emily’s verdigris skirts fade upwards to a warm conker brown. My work is designed to fit within nature and grow out of nature, as if Emily’s emerging from her surroundings. She is the conservation story. She’s Mother Nature herself.”

Andrew will be at Loch Leven on Friday 8th October from 10:00am until 4:00pm, all of the maquettes will be on display and there will be details of how to vote. All the information for planning a visit is here.

Those that cannot make it to Loch Leven can also vote online at www.emilywilliamsonstatue.com. Voting will be open until the end of October, with the final selected design to be announced in early November.

More information about Emily’s story can be found here; she was born in Lancaster, moved to Manchester when she married and later moved to London.

The campaign has a Crowdfunder to which donations can be made via https://www.justgiving.com/crowdfunding/emilywilliamson