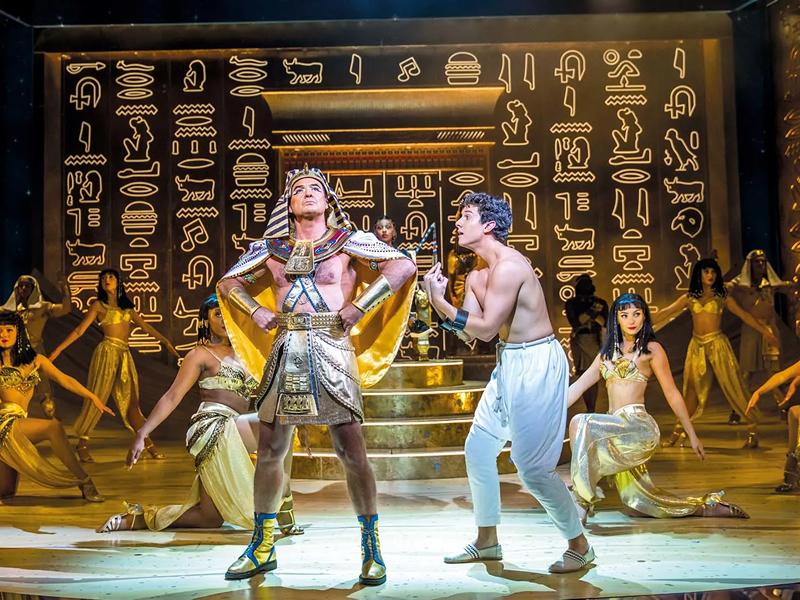 Starring Jason Donavan and Jac Yarrow, the hit-musical will open at the King’s Theatre on Tuesday 14 June 2002 for a two-week run, closing on Saturday 25 June.

Jason Donovan will reprise his role as Pharaoh, having previously raised the roof of the London Palladium during the show’s 2019 and 2021 runs as Pharaoh, who rocks a performance of Song of the King in the musical. Jac Yarrow will play Joseph, donning the famous coloured coat.

Jason Donovan was originally in the show when he made his defining stage performance as Joseph in the 1990s, in a sold out 18-month run which also produced a No.1 single and a best-selling soundtrack album.

Jac Yarrow was a sensation when he made his professional stage debut playing Joseph at the London Palladium. His performance secured him an Olivier Award nomination while his rendition of Close Every Door To Me regularly stopping the show with standing ovations.

Jac Yarrow has wowed audiences and critics with his spectacular debut and attendees should be prepared for the roof to be raised when Jason Donovan steps on stage. GO! GO! GO! JOSEPH!"

Michael Harrison, the producer of Joseph and the Amazing Technicolour Dreamcoat, said: “After two sensational runs at The London Palladium, I am delighted to bring this joyous show to the King’s Theatre, Glasgow next summer as Joseph prepares to unite audiences and spread happiness across the country.”

James Haworth, Theatre Director at the King’s Theatre, said: “We’re very excited to welcome this new production of Joseph to the king’s. A firm favourite with our audience already, we just know that this show is going to down a treat.”

Told entirely through song with the help of the Narrator, Joseph and the Amazing Technicolor Dreamcoat follows the story of Jacob’s favourite son Joseph and his eleven brothers.

After being sold into hardship by his siblings, Joseph ingratiates himself with Egyptian noble Potiphar, but ends up in jail after refusing the advances of Potiphar’s wife. While imprisoned, Joseph discovers his ability to interpret dreams, and he soon finds himself in front of the mighty but troubled showman the Pharaoh. As Joseph strives to resolve Egypt’s famine he becomes Pharaoh’s right-hand man and eventually reunites with his family.

Further dream team casting is to be announced.