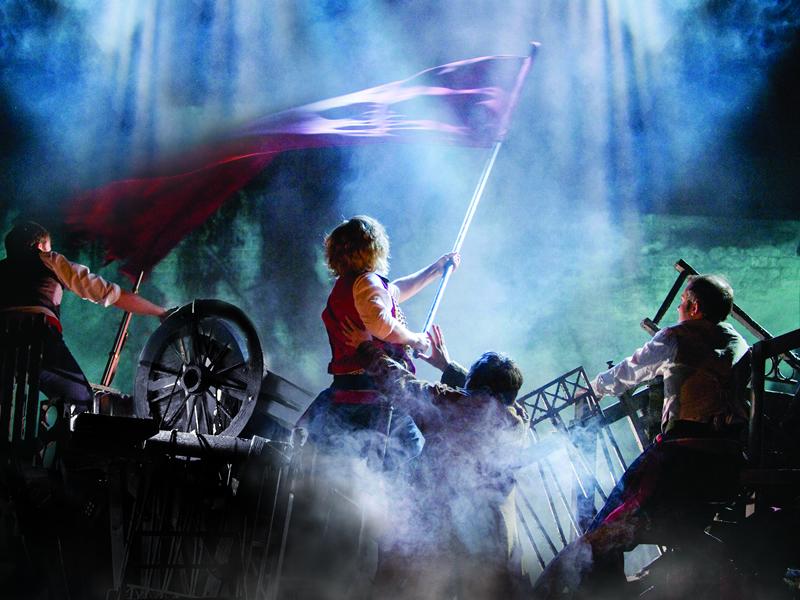 Running from Tuesday 23rd November until Friday 31st December, the Boublil and Schönberg musical Les Misérables visits Glasgow on what will be the first leg of the show’s highly anticipated UK tour, with tickets available here >>

This will be the first Cameron Mackintosh production to be staged in Glasgow in over 15 years, the last being Miss Saigon at the King’s Theatre in 2004.

James Haworth, Theatre Director at Theatre Royal said: “I am extremely excited to welcome Les Misérables to Theatre Royal and to Glasgow for the first time this Christmas. It is such a prestigious and revered musical and the calibre of Cameron Mackintosh’s productions is outstanding. This will also be the first Cameron Mackintosh production to come to Glasgow in over 15 years which makes the run especially significant to the Theatre Royal and the city. I look forward to welcoming all who come along to see this iconic production.”

Since Cameron Mackintosh first conceived this acclaimed new production of Les Misérables in 2009 to celebrate the show’s 25th anniversary it has taken the world by storm continuing to enjoy record-breaking runs in countries including North America, Australia, Japan, Korea, France and Spain.

Boublil and Schönberg’s magnificent iconic score of LES MISÉRABLES includes the classic songs, I Dreamed a Dream, On My Own, Stars, Bring Him Home, Do You Hear the People Sing?, One Day More, Empty Chairs at Empty Tables, Master Of The House and many more. Several of its songs have become real life anthems of revolution wherever in the world people are fighting for their freedom. Seen by over 120 million people worldwide in 52 countries and in 22 languages, LES MISÉRABLES is undisputedly one of the world’s most popular and contemporary musicals.

Cameron Mackintosh’s production of LES MISÉRABLES is written by Alain Boublil and Claude-Michel Schönberg and is based on the novel by Victor Hugo. It has music by Claude-Michel Schönberg, lyrics by Herbert Kretzmer and original French text by Alain Boublil and Jean-Marc Natel, additional material by James Fenton and adaptation by Trevor Nunn and John Caird. Orchestrations are by Stephen Metcalfe, Christopher Jahnke and Stephen Brooker with original orchestrations by John Cameron. The production is directed by James Powell and Laurence Connor, designed by Matt Kinley inspired by the paintings of Victor Hugo with costumes by Andreane Neofitou and Christine Rowland, lighting by Paule Constable, sound by Mick Potter, musical staging by Michael Ashcroft and Geoffrey Garratt, and music supervision by Stephen Brooker and Alfonso Casado Trigo.

Tickets for the Glasgow show are currently on sale at www.atgtickets.com