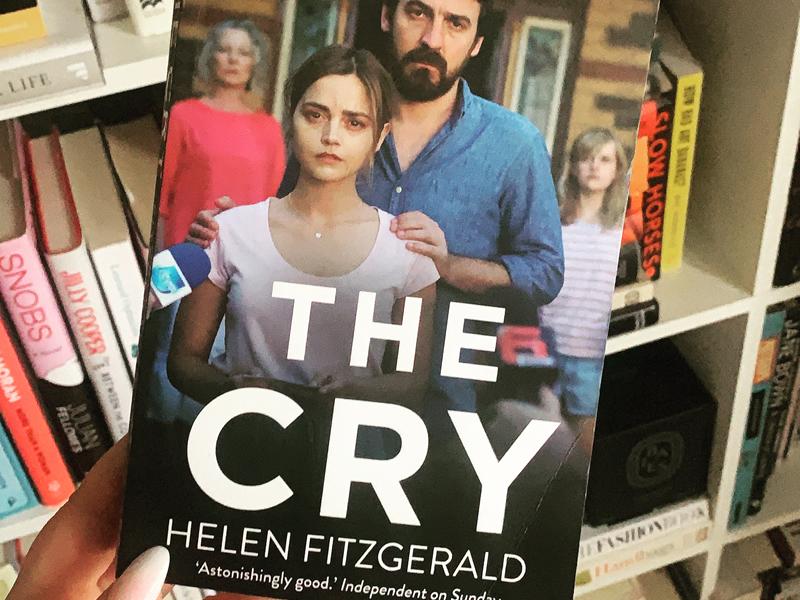 Saturday 27th November is the date for the Bookface Book Swap Brunch at Glaschu which features a special q+a with two powerhouses of literature and TV production from the team behind ‘The Cry’ which starred Jenna Coleman.

Author Helen Fitzgerald and executive producer of the BAFTA and RTS award-winning series, Claire Mundell of Synchronicity Films get together to discuss what it takes to be a best-selling thriller author and everything in between as it translates from page to the screen.

The Bookface Book Swap Brunches are the brainchild of Hollicom PR’s Heather Suttie, a former broadcaster and avid reader, she started the book group on Facebook last year. The book group has more than 1600 members worldwide and features a book swap, prosecco, brunch and lively get together . It’s a non-profit event which sees almost 60 members meet each month, and people are loving the book swap element where they arrive with 4 books to swap and leave with 4 “new” ones – a sustainable and low cost way to find new titles.

Claire Mundell said: “I’d probably option every book Helen FitzGerald ever writes, if she’d let me! I absolutely love her twisty, hooky, compelling stories always led by a flawed, real, furious and fabulous female character. As soon as I read The Cry I knew it had all the hallmarks of a great series. To get to talk about it again, a few years down the line and with the good people of Heather’s fantastic Book Face group, will be an absolute pleasure.”

Helen Fitzgerald said: “Bookface is just the medicine I need. There’s nothing more therapeutic than talking about stories with fellow book lovers. I can’t wait to chat about screen adaptations with the incredible Claire Mundell and to get some recommendations for future reads. See you there!”

Heather Suttie said: “There so much talent in Scotland and we’re lucky to have many of them in our book group, I loved both the book and series of The Cry and both Helen and Claire are at the top of their game, this will be a fascinating insight.”

Glaschu, (pronounced Glas-a-hoo) is the Scottish Gaelic for Glasgow, meaning 'dear green place' and is the beautifully styled food and drink destination which only opened last year. Situated in Glasgow’s Royal Exchange Square, in the historic private members club, established by traders and merchants of Glasgow in 1825, Glaschu offers a taste of relaxed fine dining in the heart of the city.

Under the helm of Head Chef Dion Scott and General Manager Richard Ross, the team welcome guests to enjoy the finest modern Scottish European food as well as an exquisite range of cocktails, wines and beers and it has already received rave reviews on Trip Advisor and has been recognised with a Traveller’s Choice award.

About The Cry
The Cry is a 2018 Australian-British television psychological thriller series written by Jacquelin Perske and adapted from the 2013 novel of the same name by Helen FitzGerald, which was broadcast in Australia on ABC and BBC One in the UK. The series stars Jenna Coleman as Joanna Lyndsay, a schoolteacher whose four-month-old baby Noah disappears while she and her fiancé, Alistair played by Ewan Leslie are visiting family in Australia. The series was directed by Glendyn Ivin and produced by Synchronicity Films.

About Helen Fitzgerald
Helen FitzGerald is the bestselling author of ten thrillers, including Ash Mountain (2020) and The Cry (2013), which was longlisted for the Theakstons Old Peculier Crime Novel of the Year, and adapted for a major BBC drama. Her 2019 dark-comedy thriller Worst Case Scenario was a Book of the Year in the Literary Review, Herald Scotland, Guardian and Daily Telegraph, shortlisted for the Theakston’s Old Peculier Crime Novel of the Year, and won the CrimeFest Last Laugh Award. Helen worked as a criminal justice social worker for over fifteen years. She grew up in Victoria, Australia, and now lives in Glasgow with her husband.

About Claire Mundell
Claire Mundell is an award-winning creative executive and MD / Creative Director and Founder of Synchronicity Films, a scripted and feature film indie based in Glasgow. She developed and exec-produced the BAFTA and RTS winning BBC One / ABC series, The Cry, a psychological thriller starring Jenna Coleman, adapted from Helen FitzGerald’s novel by screenwriter Jacquelin Perske, which debuted to critical acclaim in the UK and internationally. Synchronicity Films has an impressive slate of high-end scripted projects in development, often based on award winning IP such as Andrew O’Hagan’s Mayflies, Graeme Armstrong’s debut The Young Team, Hanif Kureishi’s The Body and a limited series adaptation of The Sunday Times / New York Times Bestseller The Tattooist of Auschwitz, by Heather Morris. Recent feature film credits include Karen Gillan's directorial debut, The Party's Just Beginning and BIFA nominated Only You, starring Laia Costa and Josh O'Connor. Claire is a PACT Council Member and Co-Chair of Scotland’s TV Working Group. Prior to Synchronicity she enjoyed ten years at the BBC leading the Children’s BBC department at BBC Scotland, and latterly as an Executive Producer within BBC Drama. Synchronicity has a First Look deal with All3.