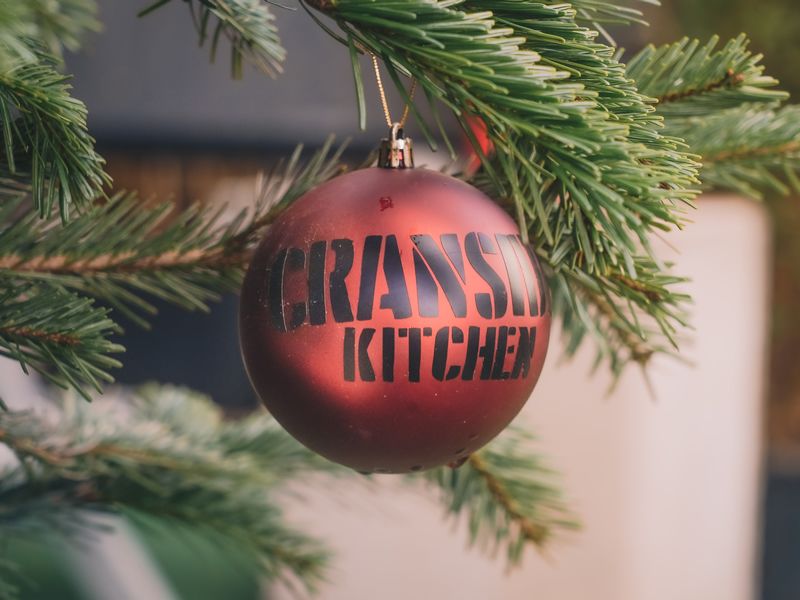 With ski gondolas, winter snugs, cosy igloos and festive cocktails and of course, all of Glasgow’s best restaurants, the Cranside Winter Village promises to be Glasgow’s most instagrammable Christmas.

The open air courtyard has been given a festive makeover and transformed into a Winter wonderland and last night hosted its official launch with popstar Michelle McManus entertaining festive revellers at the Finnieston outdoor venue.

The centerpiece at Cranside’s Winter Village, a giant Christmas tree adorned with twinkling festive lights and the biggest, brightest gold star, providing the perfect background for those magical ‘instagrammable moments’.

Feeling chilly? Fear not, relax under the soft lights wrapped in a warm blanket and enjoy a drink in the fully undercover and super cosy Hygge Lounge featuring Laphroaig Whisky cocktail bar.

Groups can make the most of the changing seasons inside their own private igloo which comfortably sits up to eight people. As the nights grow colder, why not feast on some of your Cranside favourites alongside indulgent igloo specials and bask in luxurious haven with comfy seating and warm rugs to keep you cosy as you raise a glass of fizz to toast to the festive period. 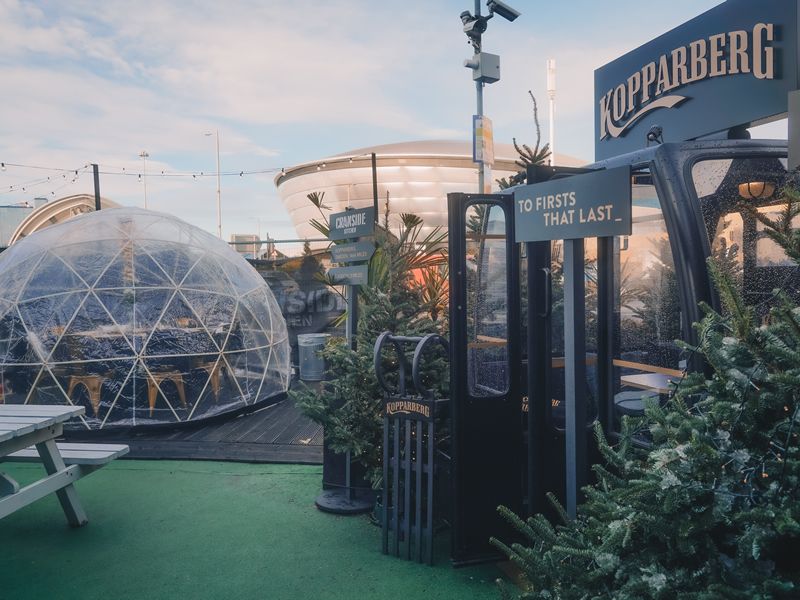 Be the envy of all the village party revellers in one of the Kopparberg Ski Gondolas. You’ll wonder if you’re in the alps, if you’re lucky enough to bag a seat in one of the trendy capsules designed to seat up to four people, they’ve been fully customised with fresh upholstery and subtle lighting for warmth and comfort. 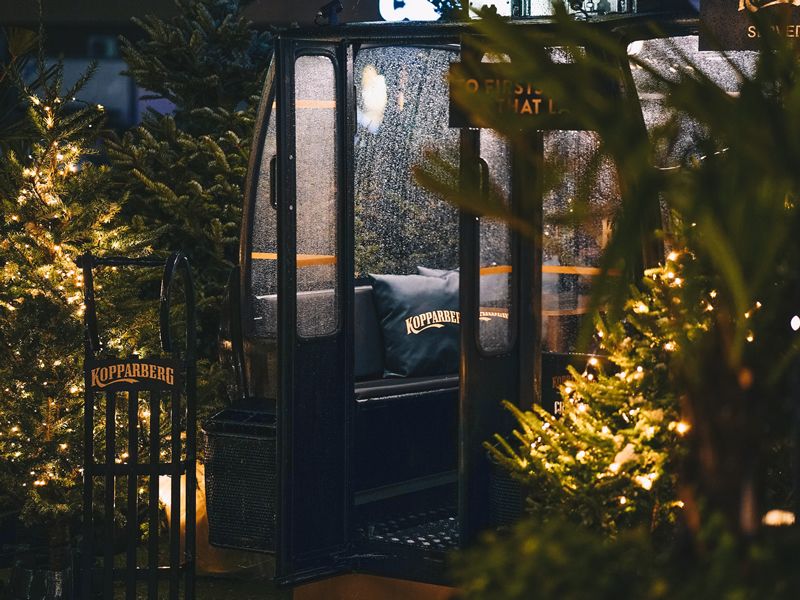 Outside is really where the party is at with entertainment throughout the festive season hosted on the Cranside Winter Village Stage our resident DJs will be playing disco and club classics every Friday and Saturday night as well as being joined by some of Glasgow’s most well known Queens for a series of Christmas drag brunch events. 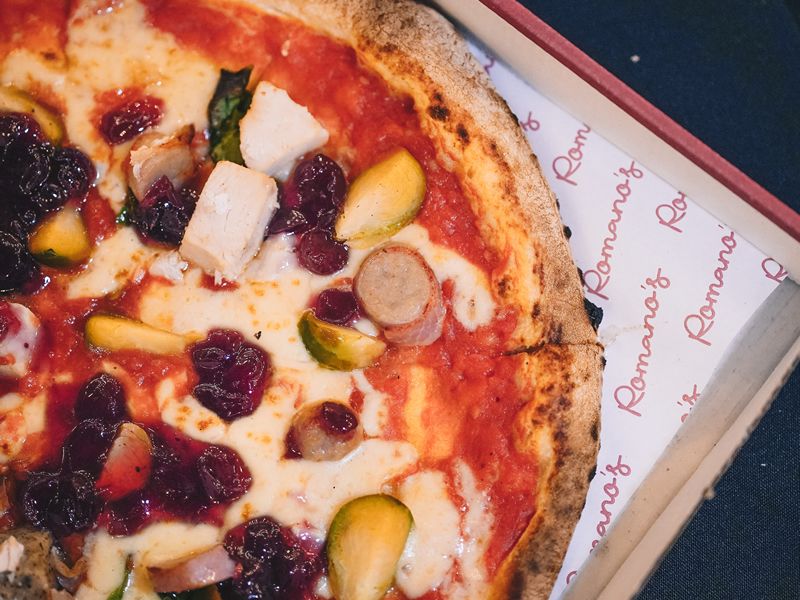 Also outside two new festive inspired food market stalls offering hot drinks, hot dogs and donuts - which are sure to take the winter chill off. If hot dogs and donuts aren’t your thing, there's also a choice of up to seven restaurants offering some of Cranside’s most popular dishes including X and X available on the Cranside app including Romanos, Halloumi and XI'AN. 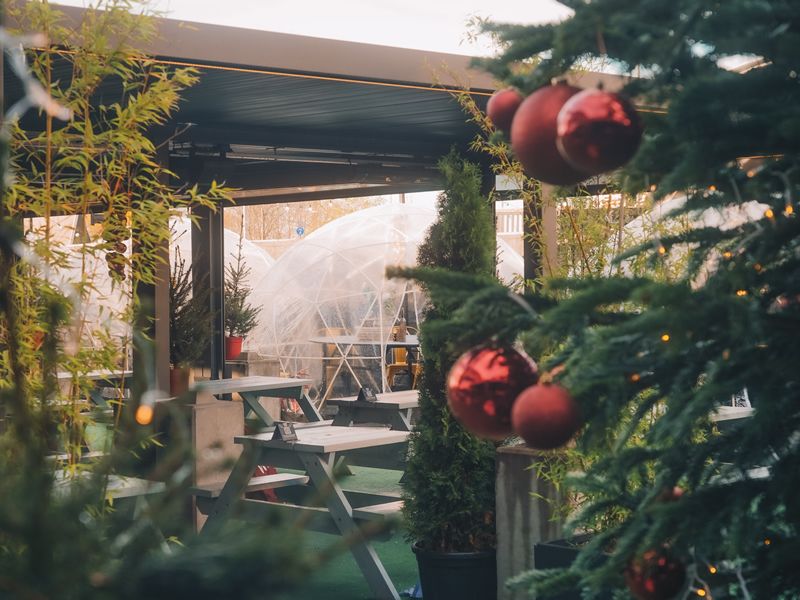 The Winter Gardens provides the perfect outdoor seating area for those ready to brave the chill, with festive foliage, garlands, mini christmas trees and of course, more fairy lights you can keep cosy under one of our many heaters whilst drinking a warm cider or one of X special festive cocktails.

Spaces are filling up fast so make sure you avoid disappointment by booking early at www.cransidekitchen.c.uk/wintervillage