In recognition of Glasgow's thriving music scene, an open top tour bus will soon be adding a music tour to its sightseeing offering, with the perfect Glaswegian lined up to narrate! 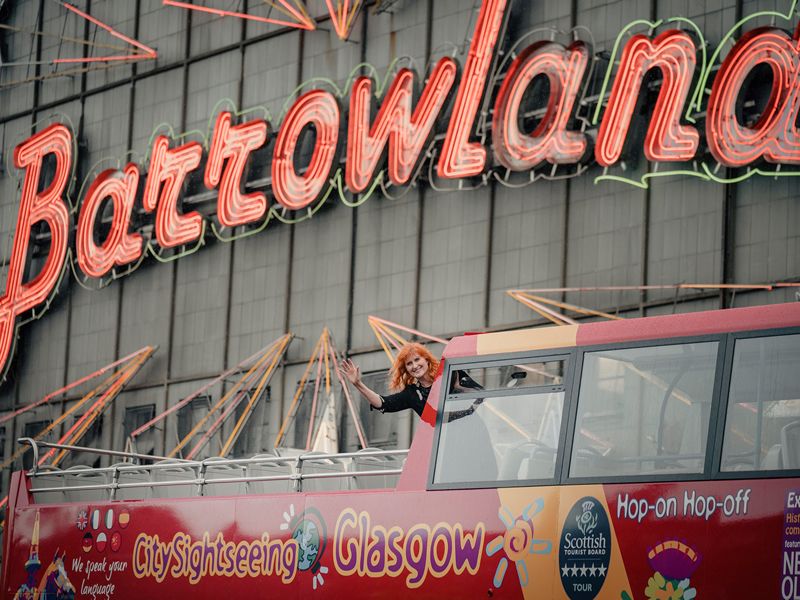 City Sightseeing Glasgow’s music tour, which will be available on channel eight of the on-bus commentary system from 20 January 2022, will showcase Glasgow’s vast musical history while promoting some of the city’s most iconic music venues including King Tut’s, Barrowlands, The Royal Concert Hall, SWG3 and the Ovo Hydro to name a few.

The music tour will be narrated by the renowned multi-award-winning singer songwriter, Eddi Reader.

Famed for her chart topping single Perfect with band Fairground Attraction, Eddi’s recognisable voice is rooted in the heart of British music with a number of musical genres under her bow including, pop, folk music and her musical interpretation of the work of Scottish poet, Robert Burns.

Written on behalf of City Sightseeing Glasgow by Glasgow Music City Tours co-founder Fiona Shepherd, the tour will reveal Glasgow’s close relationship with music throughout history with a range of interesting stories, facts, and some insider knowledge from Eddi herself on what exactly makes Glasgow such a wonderful, vibrant and musical city. 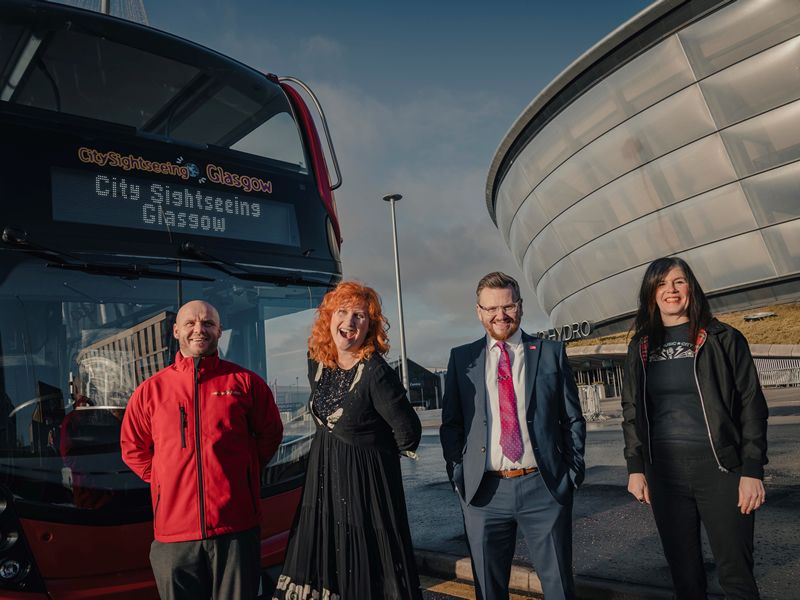 Eddi Reader said: “I adore my town- it gave me music and romantic dreams that set me on a path to the future. I’m honoured to be given the opportunity to tell people all about the creative spirit of Glasgow, how it seeps out of every sandstone corner and shines out of every Glaswegian. From the song schools of centuries ago to the musical geniuses that inspired the world. Follow me along the road while I show you the musical beauty of my town past, present and future.”

Richy Graham, operations manager at City Sightseeing Glasgow, said: “Glasgow and its music legacy is famous throughout the world, earning the city the prestigious title of UNESCO’s first ever “City of Music” so it feels only fitting to introduce a music tour to our sightseeing offering.

“To have someone of Eddi’s stature delve deep into our city’s musical legacy is fantastic. Her knowledge, passion and love for the city and music shines through and we’ve no doubt the tour will be a massive hit with musical lovers both near and far.”

Councillor David McDonald, Chair of Glasgow Life and Depute Leader of Glasgow City Council, said: “Music and tourism go hand-in-hand in Glasgow, and visitors regularly cite music as a reason for coming here. This innovative new tour option represents a perfect partnership between City Sightseeing Glasgow and Glasgow Music City Tours; it’s an ideal way to take in some of our most iconic visitor attractions and locations while learning about what makes Glasgow the UK’s first, and Scotland’s only, UNESCO City of Music.

“There’s also no one more qualified than Eddi Reader to provide an authentic and informative insight into Glasgow’s illustrious musical history. Eddi has made an enormous contribution to Scotland’s music scene throughout her career and continues to be a passionate advocate for the city’s much-loved Celtic Connections festival, which is returning as an in-person event in January. This new tour is a welcome addition to the city’s unrivalled music offer and will no doubt prove popular with visiting and local music fans alike.”

Fiona Shepherd, co-founder at Glasgow Music City Tours, added: “We are delighted to be working with City Sightseeing Glasgow and Eddi Reader on the music tour. Glasgow has such a vibrant music scene and fascinating music history, and we are delighted to share some nuggets with visitors and locals alike. We hope it encourages further exploration of all the sounds that the city has to offer.”

City Sightseeing tours operate hourly from George Square, the service will increase frequency to every 30 minutes from 18 February 2022 and every 15 minutes from 02 April 2022. Live guides on bus from April.