Artists and creators have a bumper pre-Christmas sale at The Briggait over the weekend! 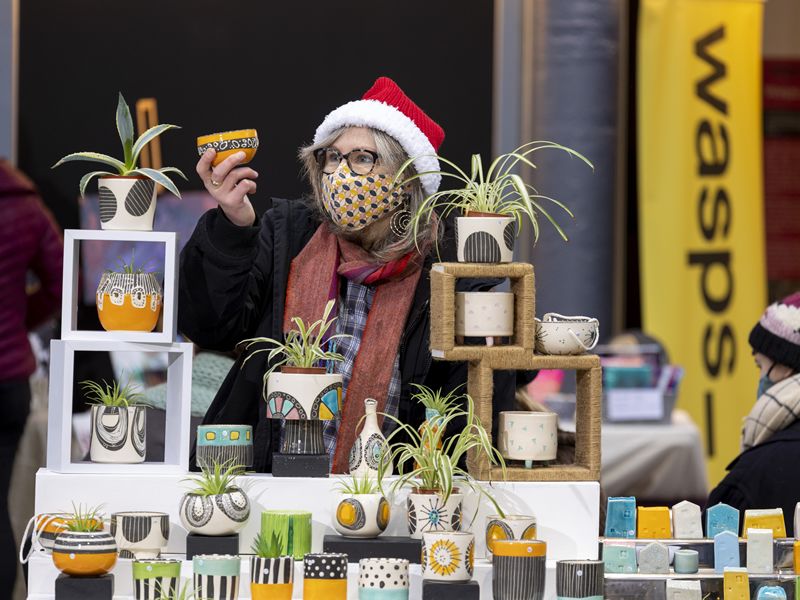 Scotland’s independent artists and creators assembled at Glasgow’s The Briggait last weekend for the annual Winter Artists and Makers Market. Eighty five stalls benefited from record visitors to the festive event, welcoming over 2000 shoppers over the two days.

The Winter Market, hosted by national artist studio provider Wasps, has been held at Glasgow’s former fish market The Briggait since 2017. Shoppers were treated to a varied selection of crafted items, including homeware, jewellery, handmade art, ceramics, photography and clothing, which were available to purchase directly from the creators.

The Briggait, which was Glasgow’s fish market for over 100 years until the late 1970s, was converted to a studio complex eleven years ago is now home to over 200 artists.

Wasps Chief Executive Officer Audrey Carlin: “It was a pleasure to welcome visitors to this year’s Winter Market, which proved to be a tremendous opportunity for our tenants and the wider artist community to engage with customers and reveal to the public what fantastic creations emerge from these buildings and beyond. It was an ideal opportunity to purchase some unique presents while supporting independent businesses. For those who were unable to attend many of the items for sale are also available to buy from our online shop.”

For further information on all of Wasps’ Winter Markets visit www.waspsstudios.org.uk