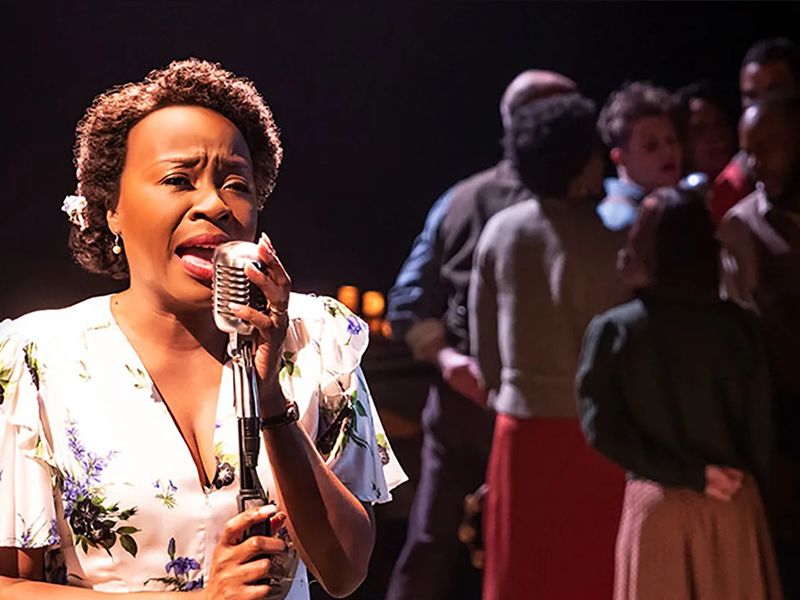 Theatre Royal, Glasgow is pleased to announce that the award-winning smash-hit production of Girl From The North Country, written and directed by celebrated playwright Conor McPherson (The Weir, The Seafarer) with music and lyrics by Bob Dylan, will run at the venue this autumn.

As part of a UK tour, the double Oliver-award winning musical will be staged from Tuesday 13 - Saturday 17 September 2022. Tickets are on sale now: atgtickets.com

Girl From The North Country is an uplifting and universal story about family and love which boldly reimagines the legendary songs of Bob Dylan, like you’ve never heard them before.

It’s 1934 in the heartland of America and we meet a group of wayward souls who cross paths in a time-weathered guesthouse. Standing at a turning point in their lives, they realize nothing is what it seems. But as they search for a future, and hide from the past, they find themselves facing unspoken truths about the present.

Writer and Director Conor McPherson said: “Collaborating with Bob Dylan has been a unique privilege for me. We have had an amazing journey opening on Broadway and in the West End but I feel particularly excited and moved to finally bring this work to my home town of Dublin and on tour around the UK.”

Bob Dylan said: “To be associated with Conor is one of the highlights of my professional life. It goes without saying the man is a genius for putting this thing together and I’m thrilled to be a part of the experience. My songs couldn’t be in better hands.”

Girl From The North Country first opened at The Old Vic in July 2017 to huge critical acclaim and playing to sold out audiences. It transferred to the Noël Coward Theatre in December 2017 and won the 2018 Olivier Awards for Best Actress in a Musical and Best Supporting Actress in a Musical as well as being nominated in the Best New Musical, Outstanding Achievement in Music and Best Actor in a Musical categories. The production went on to have a sold out run at the Public Theater, New York in 2018. Following a run at the Royal Alexandra Theatre, Toronto, in Autumn 2019, the production had a second run in the West End opening December 2019 at the Gielgud Theatre. The Broadway production is currently playing at the Belasco Theatre and the Australian and New Zealand production opens in Sydney in January 2022.

The Broadway cast recording of Girl From The North Country has been nominated for a 2022 Grammy Award for Best Musical Theatre Album.

Casting to be announced.