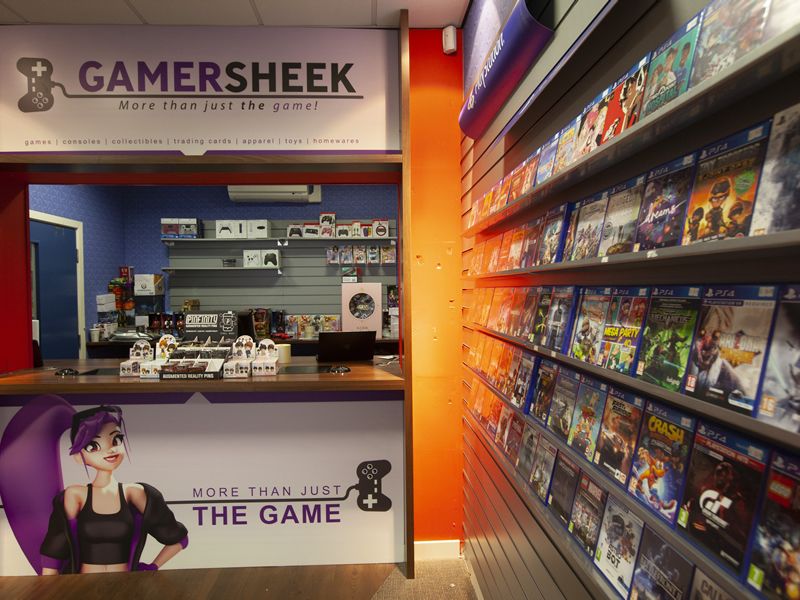 Following the success of its first bricks and mortar store, which opened in 2021 amidst the COVID-19 pandemic, gaming and entertainment retailer Gamersheek, has expanded and opened a bigger store in the heart of Glasgow’s retail scene.

The new Gamersheek unit opened 15th April and is located in Glasgow’s Buchanan Galleries. The newly fitted store offers a massive range of video games, apparel, gaming memorabilia and collectibles as well as being the UK’s largest supplier of the popular Japanese figurines, Nendoriod.

Launched online by Sean Lincoln in 2015, the Glasgow independent has been a favourite amongst gamers of all ages and has continued to grow year-on-year, allowing Lincoln to achieve his ambition of opening his first store in 2021.

Sean Lincoln, Managing Director and Founder of Gamersheek said, “It has been a strange year for sure, not many people would have been crazy enough to open a store in the middle of a pandemic! But we were able to provide people with a sense of escapism during a year of uncertainty, which, in turn has helped grow and nurture Gamersheek’s loyal customer base.

“It’s thanks to those dedicated customers who have helped me achieve my dream of opening this store here at Buchanan Galleries. I am incredibly excited to now welcome them through the doors of this new store and witness their reactions. It’s bigger and it’s better with an exciting new product range, offering customers a unique experience not seen anywhere else in the UK.”

Kathy Murdoch, Centre Manager at Buchanan Galleries, said: “It’s thrilling to see a local, homegrown brand with such a fiercely dedicated following achieve such amazing retail success, despite the challenges we’ve faced in the last two years. It just goes to show that the demand for home entertainment and gaming products remains unwavering.

“Buchanan Galleries continues to support Gamersheek with its impressive growth, and we all wish Sean and his team all the very best with the new store.”

Having achieved his life-ambition of opening his own store, Lincoln has set his sight further afield and has plans to open a second store beyond the Scottish border later this year.