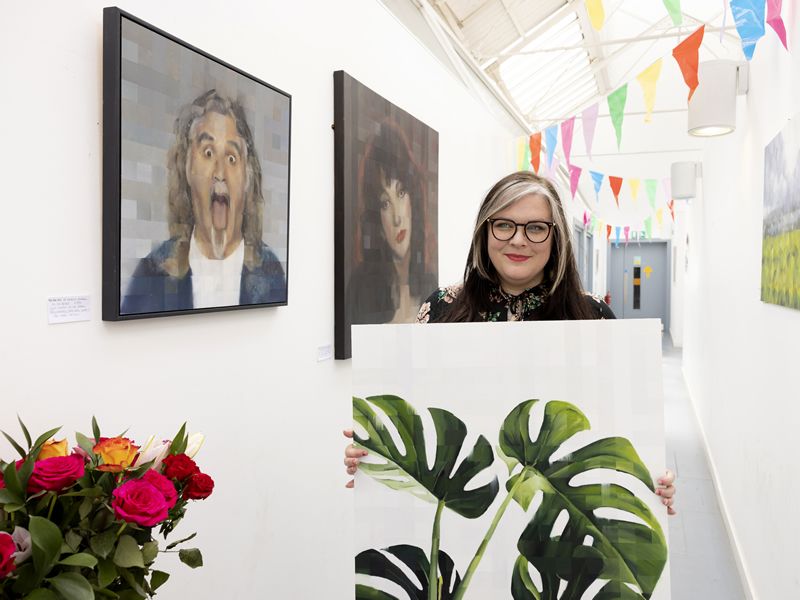 One of the most historically significant buildings in Glasgow opened its doors to the public on Saturday 14 and Sunday 15 May, as the artist occupants encouraged curious cultural enthusiasts to pay them a visit.

Over the two days The Briggait tenants received over 1000 visitors, keen to view the studios normally inaccessible to the public. The creations on display by the participating tenants included original artwork, prints, bespoke jewellery, textiles, clothing, glass, ceramics and more.

The Briggait is Glasgow’s former fish market, located on the north bank of the River Clyde and has, for the past 12 years, served as an artist and creative industries complex and has been a workplace to award winning artists including two Turner Prize winners. Forty creatives opened their studio doors to the public, providing a rare opportunity for visitors to experience what happens at one of the country’s most prolific arts centres.

Artist and The Briggait Studio Representative Margaret Archbold: “This weekend saw our talented tenants host their first large scale open event for three years. The pandemic and its associated restrictions has done nothing to dampen the enthusiasm of our artists, nor the love that Glasgow has for creativity.

“The Briggait’s tenants welcomed well kent faces and new audiences alike to this unique building. The return of visitors, blethers, sales and the sharing of ideas has well and truly put a spring back in the steps of artists and we are grateful to everyone who came along. Special thanks go to everyone who participated and the team at Wasps. We very much look forward to opening our doors to more visitors in the near future.”

The Briggait is managed by Wasps, Scotland’s national provider of creative spaces, a charity dedicated to providing affordable artist studios. Wasps has begun a project to develop the unused spaces at The Briggait and is collecting opinions on what services the riverside renovation might offer to the public.