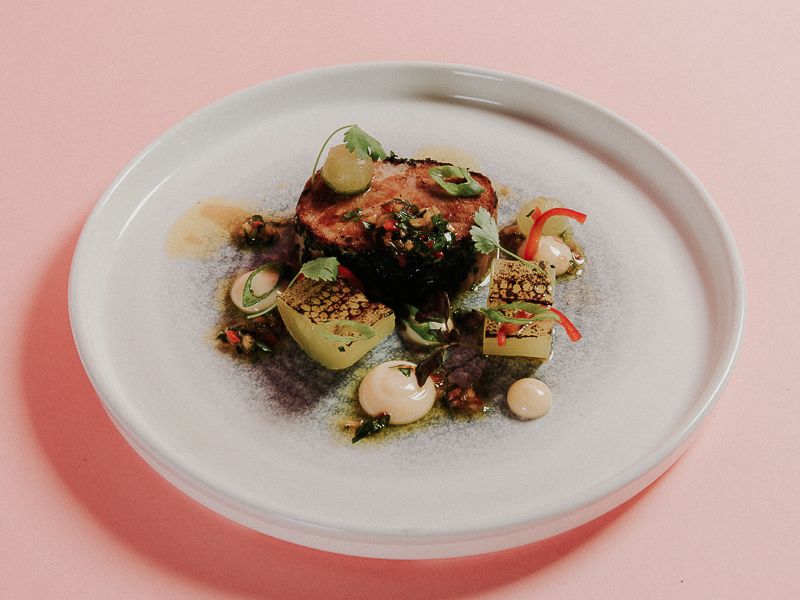 A transatlantic food journey begins on the Spanish party island of Ibiza for memorable Balearic plates followed by a trip to Miami with new American cuisine-inspired dishes. Immerse yourself in a Summer of beach lounging, sunsets, sea and sand, and delicious food with the feel of a lively party that pays homage to 80s Miami nostalgia as well as iconic 90s Ibiza club nights.

The perfect moment of comfort comes at the end of the meal with ‘Little Havana' - Coconut & Rum Parfait / Pineapple / Brandy Snap Cigar / Passion Fruit Mousse / White Chocolate Namelaka / Pina Colada. Each course can be complemented with a glass of carefully selected wine expertly paired by Six by Nico's in-house wine-sommelier.

Six by Nico customers were invited to co-curate the ultimate menu alongside Nico and the Six by Nico chefs and voted for the new menu in an online public vote over the weekend, pitting dishes from Miami against those from Ibiza, with over 25'000 votes cast.

Chief Creative Officer at Six by Nico restaurants, Andy Temple said: "This theme enabled our customers to assist us in curating the six courses. Twelve dishes were created over the weekend and piped against each other in a public vote. In Miami, we explore the ultimate food in Southern America, and in Ibiza, we celebrate the iconic Balearic party island."

Diners can be among the first to try the Summer party menu at Six by Nico restaurants, with reservations open from today (Tuesday, May 17th). Taking up residency from the week of Monday 6th June to Sunday 17th July at Six by Nico Glasgow Finnieston, Glasgow Southside and Edinburgh City Centre, the six-course menu will be available from noon to night.

The Miami to Ibiza menu is priced at £37 per person, with the option to enjoy an expertly selected wine and specialist drinks pairing for an additional £30 at each restaurant. As ever, there is a vegetarian alternative available for every course, as well as snack sides available from £5. Please note, from June 6th - July 17th 2022, Aberdeen City Centre will serve up a 'Thai Fusion' theme.

For opening times and and book now via www.sixbynico.co.uk