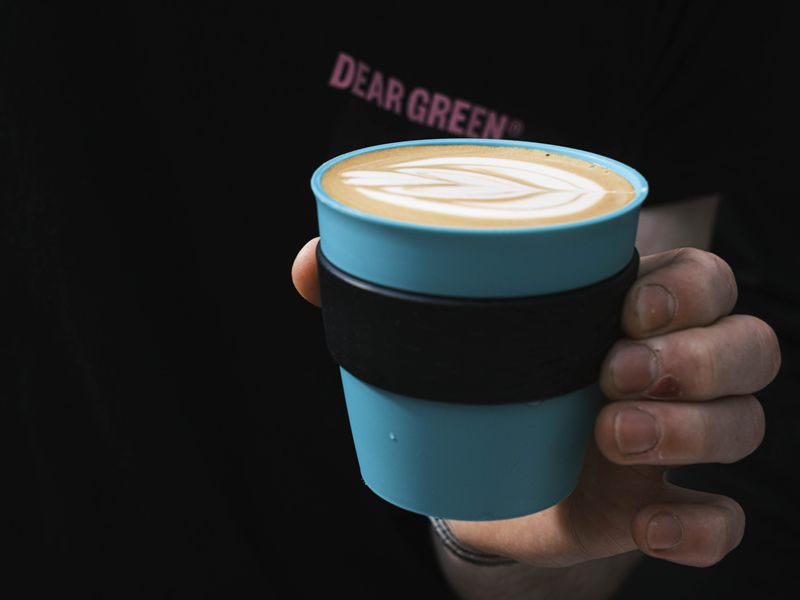 Around 2,400 people attended the seventh Glasgow Coffee Festival at the historic Briggait between May 7 and 8 – almost double the number compared to 2019. The indoor event was part of a two-week long celebration of coffee, during which the city’s favourite coffee businesses put on a series of events, deals and discounts. 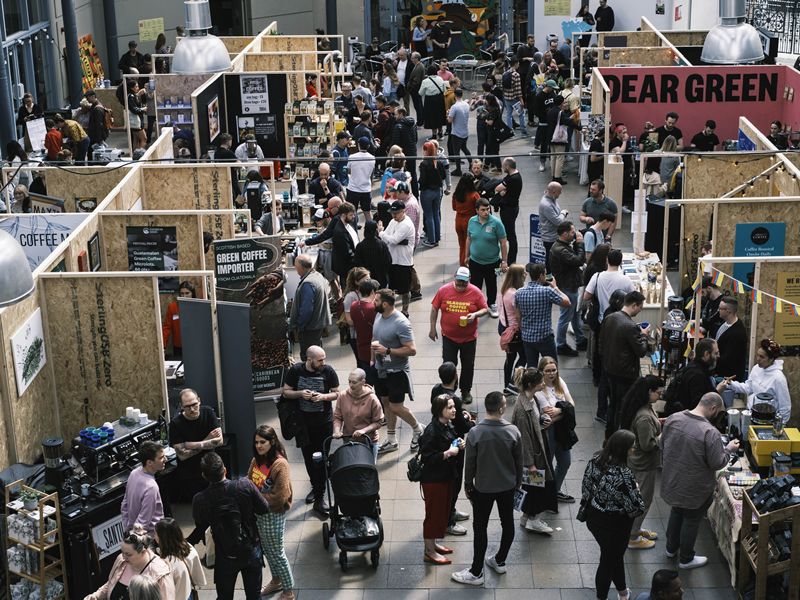 There was an indoor element to the festival for the first time in more than two years, with more than 40 exhibitors sharing their knowledge, passion and products with aficionados keen to sample a taste of the city’s vibrant coffee scene.
The event, which was organised by renowned Glasgow B-Corp Dear Green Coffee Roasters, maintained its commitment to remain single-use cup free, with organisers teaming up with Keep Cup to save an estimated 35,332 cups from landfill over the course of the weekend.

During the fortnight-long festival of coffee, which ended yesterday, ticket holders were encouraged to show their support for those caught up in the conflict in Ukraine. And more than £10,000 was raised to support the humanitarian effort in the war-torn country.

Glasgow Coffee Festival founder and owner of Dear Green, Lisa Lawson, hailed it a “huge success” and believes it cemented the city’s status as having one of the most exciting coffee scenes in the world.

She said: “This year’s Coffee Festival was by far the best yet. We were absolutely blown away by the number of people who travelled from across the UK and beyond to share their love of coffee with us. After being held outdoors in 2020, the festival’s return to the Briggait felt like a return to normality for the industry as a whole.

“For years I have watched Glasgow’s coffee community grow from strength to strength, with an ever-growing number of roasters and baristas driving standards within the city. The festival really did showcase how much the industry has grown not just in Glasgow, but across Scotland. It was a huge success and the perfect way to bring our industry together. The event was charged by positive energy from all and highlighted how exciting and diverse our coffee scene is. We can be justly proud of our coffee community being a global player!”

Originally organised and hosted by Lisa and the team at Dear Green, this year saw a team of event organisers contribute to the successes of the sell-out festival.
Ticket holders were treated to a range of exclusive offers and discounts to over 100 local businesses which supply specialty coffee in the fortnight around the festival.

To find out more about the Glasgow Coffee Festival and the businesses involved, visit glasgowcoffeefestival.com