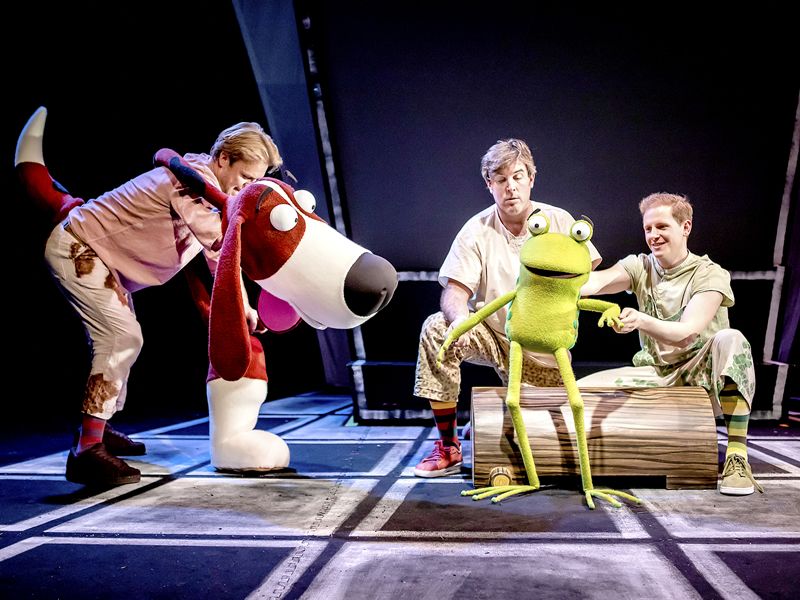 It’s a new day at Sittingbottom school and FROG is looking for a place to sit, but CAT has other ideas and DOG is happy to play along. Little do any of them know that chaos is coming... who knew there were so many rhyming rules and what will happen when FROG is in charge? Join FROG, DOG and CAT live on stage in Oi Frog & Friends!, the 55-minute action-packed play with original songs, puppets, laughs and, of course, more rhyme than you can shake a chime at!

Hailed as one of the most successful picture books of the decade with more than one million copies sold to date, author Kes Gray says of the production, “The stage show has taken the Oi characters to places I could never have imagined. The fun, the artistry and the sheer theatrical genius of this production really is something to behold!”

Oi Frog & Friends! is an ideal introduction to theatre and the perfect entertainment for schools, groups and families with children aged 3+.

Oi Frog and Friends! will stop off at the The Theatre Royal Glasgow between Friday 17th and Sunday 19th June, final tickets are on sale now >>