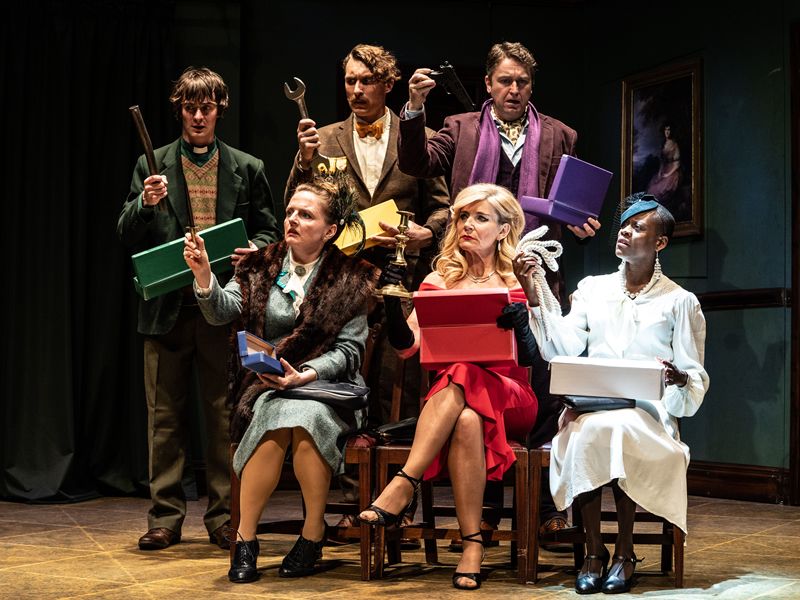 Based on the classic boardgame of the same name, and the 1985 film Clue, the story follows the iconic characters as they arrive at Boddy Mannor on a dark and stormy evening. They soon discover that they’ve all received the same intriguing invitation from the house’s owner, Lord Boddy. It soon becomes clear that they all have something to hide as the mystery and hysteria grows and the inhabitants and guests of Boddy Manor are killed off one by one, with a variety of familiar weapons, leaving everyone to wonder, who will be next!

Michelle Collins said: “I’m thrilled to be joining the cast of Cluedo. It’s such an iconic game and I remember how much I loved playing it with my cousins when we were younger. I’m delighted that it’s being brought to the stage – and having really enjoyed reading the script, I’m sure will love it.”

Directed by Mark Bell, whose credits include The Play that Goes Wrong, the mystery will keep you guessing right up to the finale as both the guests and audience try to work out whodunnit…. with what... and where!

This UK premiere production promises audiences of all ages a nostalgic, fun and thrilling evening of entertainment. Based on the screenplay by Jonathan Lynn, the play is written by Sandy Rustin with additional materials by Hunter Foster and Eric Price and for the UK production, Mark Bell.

Producer Josh Andrews added: “We wanted an iconic actress to play such an iconic character and we could not be happier to have Michelle starring as Miss Scarlett in Cluedo. Both the game and Clue the movie, are much loved by all ages, so it’s a privilege to bring this new play of Cluedo to the UK stage and it could not be in more suitable hands than our director, Mark Bell. He certainly knows how to deliver a night full of great fun and entertainment!”

The tour is produced by Josh Andrews and Stuart Galbraith of Kilimanjaro Theatricals, in collaboration with their US producing partners Work Light Productions, Lively McCabe Entertainment & The Araca Group.

Cluedo will be at the Theatre Royal Glasgow between the 4th and 9th July, final tickets on sale now >>