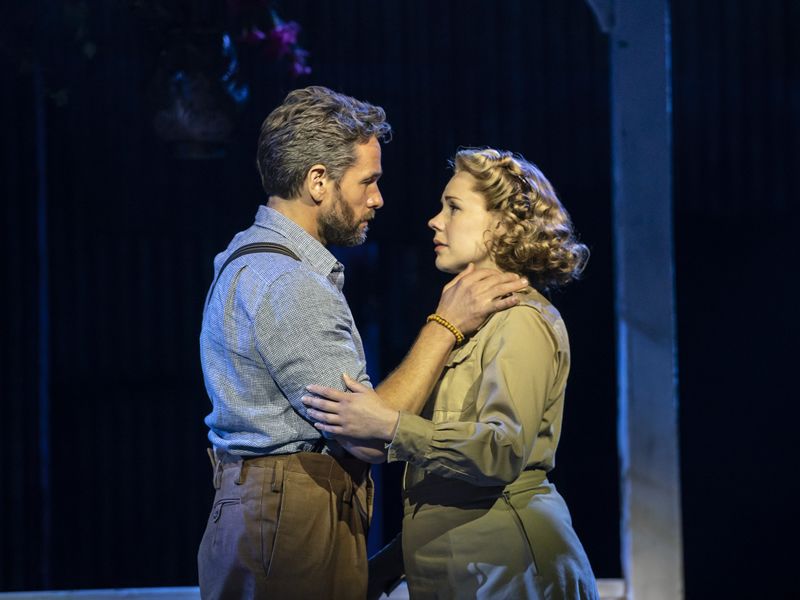 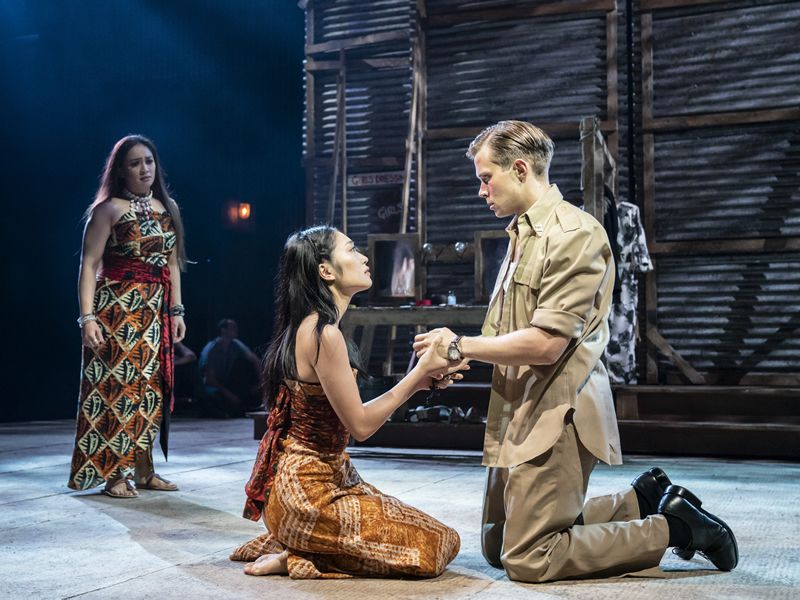 Lee Ross is probably best known as Owen Turner in the BBC’s EastEnders, his other television credits include Doctor Who, The Catherine Tate Show, Life on Mars, Midsomer Murders, Silent Witness and White Gold. His theatrical credits include playing Hugo Battersby/Loco Chanel in Everybody’s Talking About Jamie, and Jack Firebrace in Birdsong. His film credits include The English Patient, Dawn of the Planet of the Apes and A Castle for Christmas.

David Birrell returns to South Pacific having been part of the show during the 2021 Chichester Festival Theatre season, his other theatrical credits include Wendy and Peter Pan at the Leeds Playhouse, Love’s Labour’s Lost, Moby Dick, The Tempest, Hamlet and Romeo and Juliet at the RSC and Oh! What a Lovely War at the National Theatre. His television credits include Silent Witness, Vera, Midsomer Murders, Buried and The Royal.

Stephen John Davis’s West End credits include playing The Phantom in The Phantom of the Opera, Valjean and Javert in Les Misérables, Man of La Mancha for the English National Opera, Joseph and the Amazing Technicolor Dreamcoat at the London Palladium, Mamma Mia! at the Novello Theatre and The Pirates of Penzance and HMS Pinafore for the D’Oyly Carte Opera Company.

Antoine Murray-Straughan’s West End credits include &Juliet at the Shaftesbury Theatre, In The Heights at the King’s Cross Theatre, The Lion King at the Lyceum Theatre and Cats at the London Palladium. He has also appeared in the UK Tours of Madagascar and Jesus Christ Superstar.

Charlie Waddell returns to South Pacific having been part of the show in 2021 at Chichester Festival Theatre, his other theatre credits include Passion at the Hope Mill Theatre and Bernstein’s Mass at the Southbank Centre.

Olly Christopher has most recently been seen in Pretty Woman at the Savoy Theatre, his other theatre credits include The Book of Mormon at the Prince of Wales Theatre, Sweet Charity at the Royal Exchange Theatre and Cadogan Hall and Eugenius! The Musical at the London Palladium.

This powerful love story, set on a South Pacific Island during World War II is brought thrillingly to life with a sensational cast of over thirty and a full orchestra in this epic new five-star production directed by Chichester Festival Theatre’s Artistic Director Daniel Evans. SOUTH PACIFIC boasts one of Rodgers & Hammerstein’s most memorable scores, and this much-loved Tony and Pulitzer Prize-winning musical features songs such as “Some Enchanted Evening”, “I’m Gonna Wash That Man Right Outa My Hair” and “Bali Ha’i”.

Tickets for South Pacific are on sale now >>