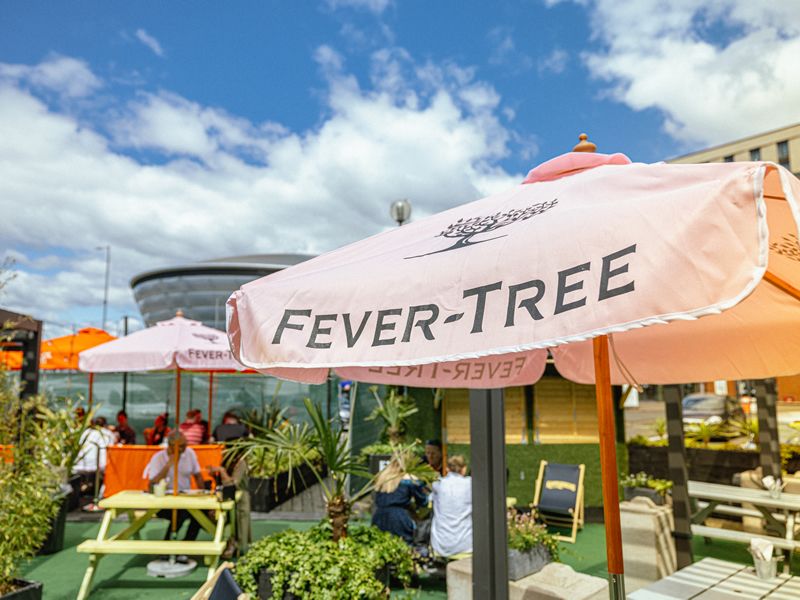 Cranside Summer Gardens has been reimagined like never before, with three new spaces and a sun-kissed makeover with the Summer season set to be its best yet. While you may already know Cranside Kitchen, it's been given the ultimate Summertime makeover. Palm trees, garden picnic tables and benches, and a beach hut Tiki style bar have been added, as well as a giant 'Aperol Tuscan Tree' to soak up the sun under to create and capture your sunset 'instagrammable moment' with friends and family overlooking Glasgow's iconic Finnieston Crane.

Guests can relax in the sun while sipping a cocktail at the new Terraza Di Aperol and Walled Gardens, while the Sugar Hut Bar's new watering hole serves punch bowls, cocktail slushies, and tropical fruit juices to quench the thirst of Glasgow's sun-seekers.

New resident food kitchens have been added to the bill. FUMO - the new BBQ pit offers a Spanish style BBQ menu curated by the team at Rioja Finnieston serving burgers, grilled dogs, tender pulled pork and fall off the bone ribs while WHIPPED provides your favourite ice creams, cakes, cooling sorbets and fruity lollies - guaranteed to keep customers cool all summer. Poke Bowl and The Big Breakfast are also new for Summer 2022, offering healthy and hearty options to please all palates. From today, a choice of ten restaurant brands, including Romanos, Halloumi, Kilmurry & Co, NORI, and XI'AN, will be available on the Cranside app alongside these brands.

From this weekend, live DJs sets will take place every Friday and Saturday night with the introduction of the Asahi Sunset Club as well as a newly added Chill Out Zone with fire pits, bean bags, and deck chairs for lazy daytime lounging. Throughout the months ahead, Cranside Summer Gardens will host a variety of live entertainment including brunches, comedy nights and acoustic sessions.