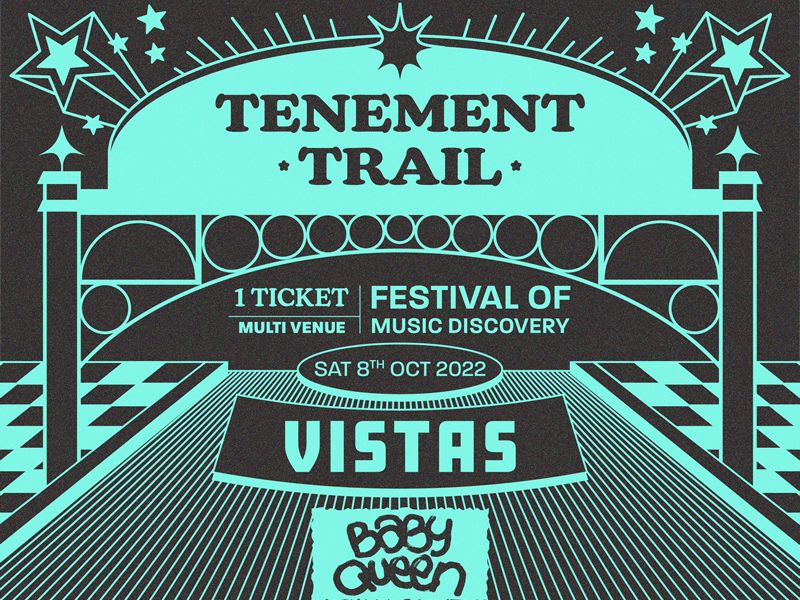 Scotland’s festival for music discovery, TENEMENT TRAIL, has revealed the 2022 line-up including headliners Vistas - fresh from supporting Gerry Cinnamon at Hampden Stadium on Sunday night; Baby Queen plus over 30 other incredible acts with more to be announced.

Gallus, Tiktok sensation Calum Bowie, Rianne Downey, Uninvited, Dead Pony and Spyres are just some of the highlights from this year’s TENEMENT TRAIL announcement. Check out the full line-up so far below.

The festival has seen the likes of Lewis Capaldi, Sam Fender, Yungblud, The Cribs, The Big Moon and Sea Girls play over the years, making it the festival to see incredible artists in small venues.

TENEMENT TRAIL Founder, Chae Houston said: “After taking TENEMENT TRAIL to the East End of Glasgow for our biggest ever festival in 2019, we’re unbelievably excited to return in October.

“TT always has a special vibe of like-minded music fans ready to discover their new favourite band and have a great day enjoying live music, we cannot wait to start the party on 8th October.”