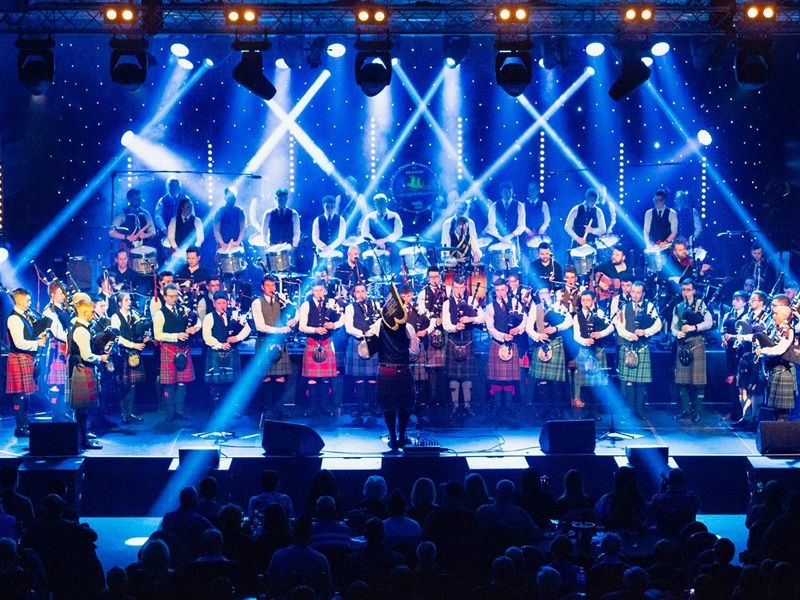 Composed especially for the band by 10 young composers who took part in the NYPBS’ Emerging Composers project, which is now in its second year thanks to support from Creative Scotland, the new pieces will be presented by a bespoke ‘project band’ that features the young composers themselves, alongside NYPBS pipers and drummers and leading traditional musicians.

Finlay MacDonald, Artistic Director for Piping Live!, said: “We are delighted to have The National Youth Pipe Band of Scotland marking their 20th birthday at this year’s festival. The Emerging Composers project is a brilliant opportunity for young musicians and it will be fantastic to hear this original music performed by some very talented young players.”

A non-competing performance pipe band for 10-25 year olds, The National Youth Pipe Band of Scotland was set up in 2002 by The National Piping Centre with the aim of bringing together Scotland’s most talented young musicians from a range of backgrounds. NYPBS represents Scotland at performances both at home and abroad.

Over its 20-year history, NYPBS have staged a number of notable performances, most recently when they played a special rendition of the Ukrainian National Anthem in the iconic surroundings of Kelvingrove Art Gallery and Museum, to welcome the Ukrainian national team and their supporters ahead of the Scotland versus Ukraine football game at Hampden on 1st June 2022.

In 2010, the National Youth Pipe Band of Scotland recorded the official soundtrack for the handover of the Commonwealth Games from Delhi to Glasgow, and in 2012 they performed for Queen Elizabeth II in Perth, when its city status was reinstated to mark the Queen’s Diamond Jubilee.

In 2017, the band made history by being the first full pipe band ensemble to perform the "Thunderstruck" suite by Gordon Duncan at their concert of the same name.

Reflecting on the National Youth Pipe Band of Scotland’s 20th birthday, Director Steven Blake said: “It’s amazing to look back over the past 20 years and see everything that the NYPBS has achieved, it’s such a fantastic group for young pipers and drummers to be a part of and all of our musicians past and present should be very proud of themselves. I can’t wait to see where the next 20 years will take us.”

Youth participant Jake Robertson said: “I feel very proud to be part of a pipe band with such a long history. I love piping and getting to perform with the NYPBS is so much fun. We get a lot of support to improve our skills and I have made some great mates here too.”

Piping Live! is renowned as the world’s biggest piping festival and this year it celebrates its return to the full in-person programme for the first time since 2019. The festival will offer a blended showcase of in-person gigs and online events, so both local and international audiences can enjoy the array of world-class performances.

Now in its 19th year, the festival annually attracts over 30,000 attendees to Glasgow. The Piping Live! team, with thanks to their funding supporters Glasgow Life and EventScotland, have put together an eclectic and varied programme, including world-class performances, music sessions, recitals, talks, competitions, book launches, workshops and so much more.

More information on this year’s programme and tickets are available here www.pipinglive.co.uk