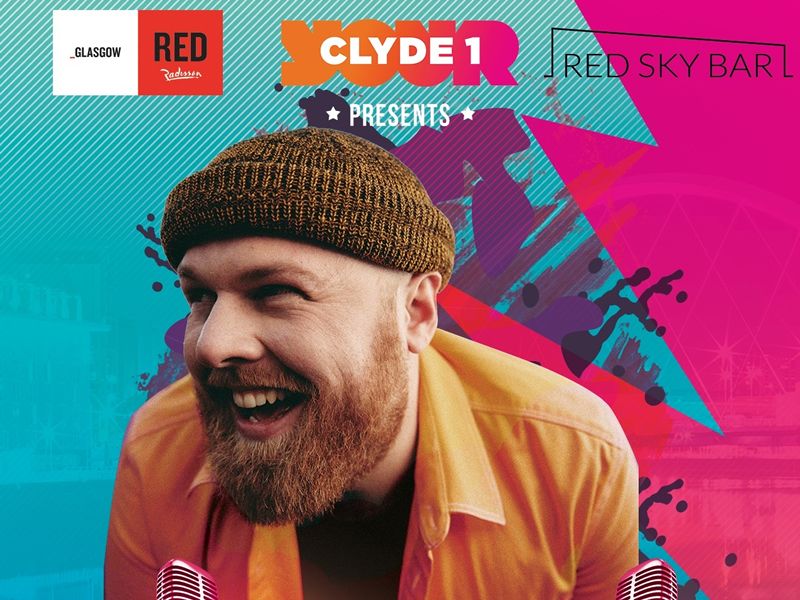 The 2019 Brit Award winner, whose global smash hit ‘Leave the Light On’ topped the UK charts, is playing an intimate gig at the famous Glasgow hotel on 25th August as part of a collaboration between Clyde 1, Radisson RED Glasgow and Tom.

Off the back of the release of his brand-new single “Sun Will Shine” which is out today (Friday 29th July), the Scottish born singer-songwriter is delighted to be performing back in Glasgow.

The exclusive event will be hosted by Clyde 1 Drive Time presenter, Garry Spence, who will also hold an informal on-stage Q&A session with Tom Walker after his performance this August.

Joining Garry at the gig will be other well-known Clyde 1 and Hits Radio network presenters such as Callum Gallacher, with others still to be announced.

The exclusive gig was revealed today by Tom as he caught up with Garry on Clyde 1 and across the network.

Tom Walker, said: “It’s going to be amazing! I’m coming back to Scotland and doing a little intimate gig, which is awesome as we’ve not done enough gigs in Scotland recently, so I’m buzzing to come back.”

Garry Spence, Clyde 1 Drive Time presenter, said: “We had a great catch up with Tom Walker on the show today, and it’s fair to say we are all very much looking forward to his gig at the stunning Radisson RED Sky Bar on the 25th August. It's sure to be a memorable night for the lucky few who win their way there.”

Located on the SEC Campus right beside the OVO Hydro, with rooms overlooking the iconic venues, Radisson RED Glasgow is the stylish, unique, home from home for music lovers in the city.

The hotel has its own iconic spot on the top floor - the legendary RED Sky Bar- which boasts spectacular views of the Hydro, The SECC, The Science Centre, The Finnieston Crane and the Clyde itself.

Curator, Graham Chalmers said: “We are thrilled to partner with Clyde 1 and Bauer Media for this new concept and welcome Tom Walker to the RED Sky Bar.

“At Radisson RED Glasgow we constantly strive to bring our customers and guests the very best in entertainment and this collaboration is exactly that.

“We’re very excited for not only this intimate concert, but the other big plans we have together in Scotland’s most unique intimate venue.”

The RED Sky Bar is widely recognised as the most unique intimate venue in Glasgow. The glass walls, open terrace, brand new VOID sound system, and of course those views, make it a truly stellar place to party, welcoming huge international DJs, artists and brands.

Victoria Easton-Riley, Content Director for the Hits Radio network in Scotland, said: “It’s been quite a while since we’ve been able to put on live gigs and what an incredible way to kick it off! We’re absolutely delighted to be bringing Brit Award winner and local Kilsyth boy, Tom Walker to the Sky Bar at Radisson RED Glasgow. A special thanks to the whole team there for helping make this happen. We can’t wait to see our listeners there.”

The ticket competition will be running on-air and online across all of the Hits Radio network stations in Scotland, including Clyde 1, Forth 1, Northsound 1, MFR, Tay FM, West FM and Radio Borders.