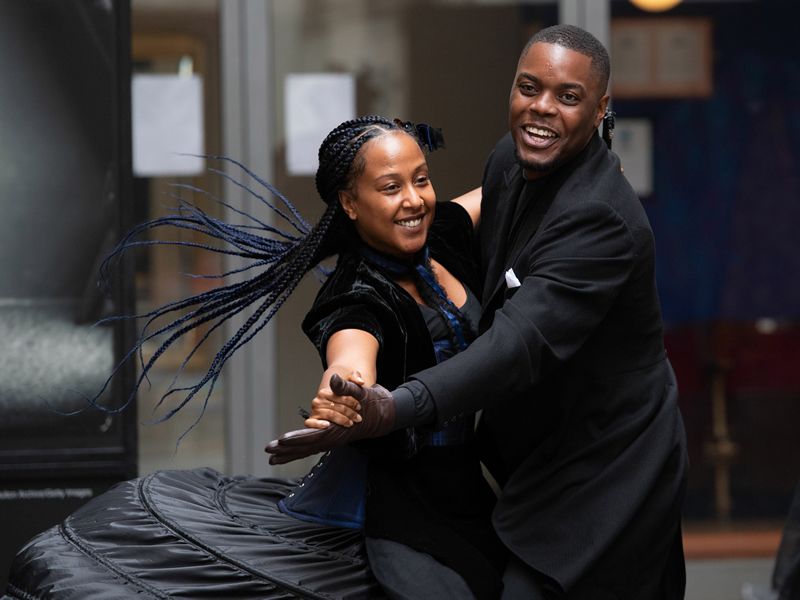 Welcoming over 75,000 attendees to the city centre for a weekend of music, art and culinary delights, the first full-scale festival back since before the pandemic has been hailed a huge success.

The much-loved festival, a celebration of culture, creativity and diversity, ran from Thursday 28th July until Sunday 31st July, and spectators were thrilled by the multitude of events and performances available.

Outstanding entertainment was exhibited, from outdoor arts and music, to film, dancing and comedy, all in and around the streets and venues of the Merchant City area of Glasgow.

Opening night brought a sensational Carnival Party to the streets of Glasgow and saw talented dancers and musical performers engage with captivated audiences. The carnival, entitled When Baroque meets Hip Hop, was the culmination of a three-month community outreach programme that worked with dance and community groups across the city.

Big Angie also delighted audiences on Thursday night, highlighting exactly why her success continues to rise. Her show, Me, the Polis & the Priest, had attendees in hysterics as she covered every topic you could imagine.

This year's festival had a huge family focus, with dance-along screenings of Encanto, Sing 2 and Trolls all being shown in the iconic Grand Hall in Glasgow’s City Halls. Hundreds of children dressed up for the event, singing and dancing along to their favourite tunes and characters. 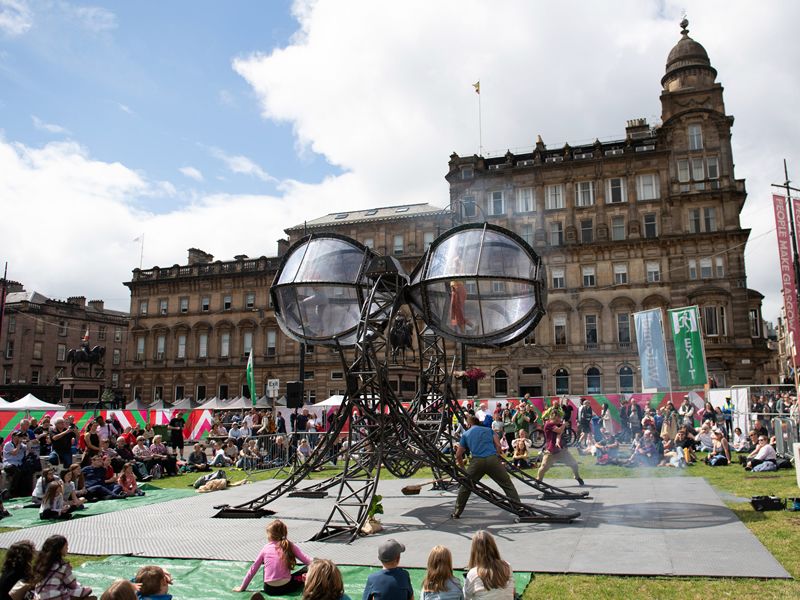 Saturday and Sunday were jam packed with activities and performances to suit all ages and interests. Joli Vyann brought their breathtaking acro-dance show Timeless to George square and leading Choreographer Jeanefer Jean Charles brought the powerful dance piece Black Victorians to the festival which proved to be an engaging and compelling celebration of diversity in 19th and 20th century Britain.

Hurricane Group (FISE) presented BMX Freestyle Flatland demonstrations live in George Square. The riders performed a dynamic combination of art, sport and acrobatics to the backdrop of a live DJ and MC. 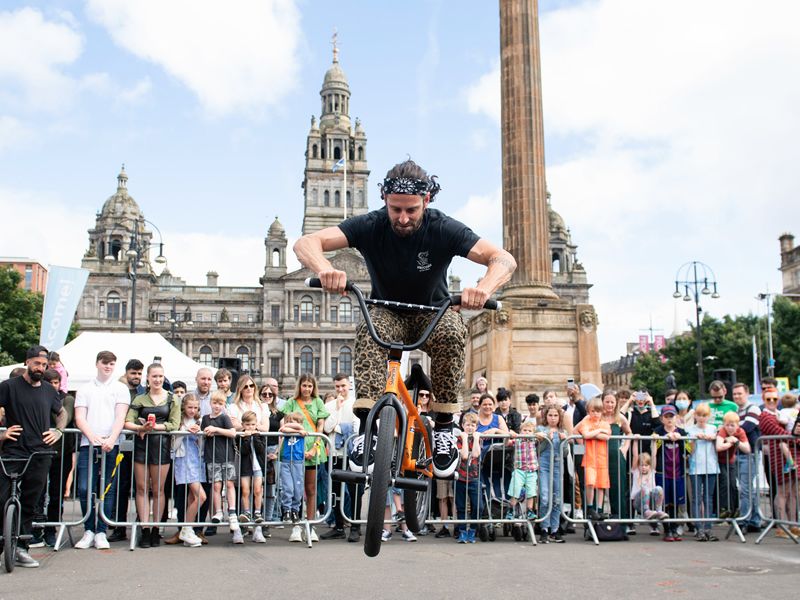 Aside from the show-stopping programme of entertainment taking place across the weekend, the ever-popular Merchant City Festival markets were back for the first time since 2019, offering a craft and makers market and food stalls with many culinary delights.

Councillor Eva Bolander, Chair of the Merchant City Festival Committee, said: “This year’s festival was better, I think, than anyone could have imagined. It was amazing to see families and people of all ages getting involved and engaging with our incredible events.

“Our unique outdoor performances really brought the streets of Glasgow to life and provided rich, cultural experiences for all who attended. The family-focused activities were all a huge hit which was amazing to see. Children are never too young to be immersed in the arts and culture that Glasgow has to offer.”

The festival was delivered by Glasgow Life, the charity that inspires people to live richer and more active lives through art, culture and sport.

Bailie Annette Christie, Chair of Glasgow Life, said: “It has been such a pleasure to witness the success of this year’s Merchant City Festival, from the audience engagement to the sheer talent of the performers.

“Glasgow Life’s main aim is to enrich the lives of people in and around the city, and it is undeniable that Merchant City Festival did that this year; it was a privilege to see. We are already looking ahead to the 2023 festival, which is sure to be just as dramatic, vibrant and enlightening as ever.”