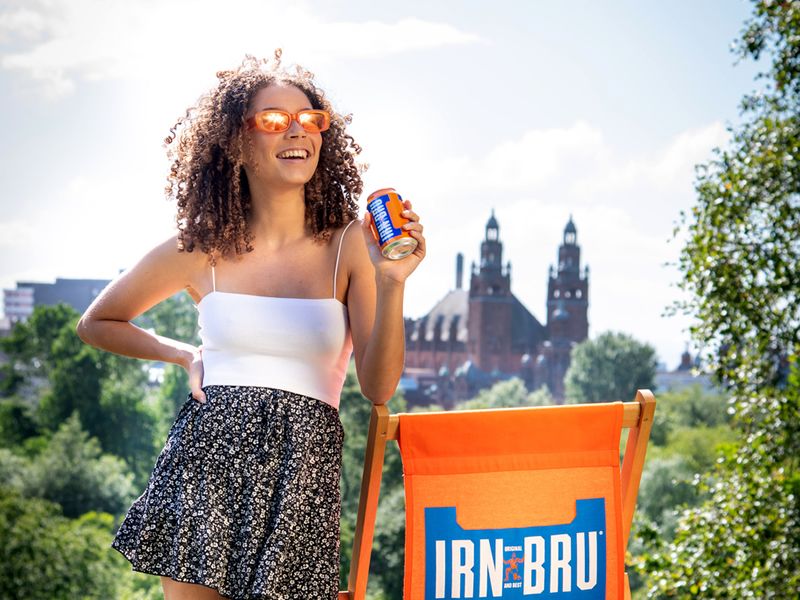 Now we’ve had a taste of summer, and with Scotland’s next heatwave is due to hit next week, IRN-BRU has launched a delivery service that will allow Scots to maximise every square inch of the rays.

From Costa Del Leith to the Clyde Riviera, spaces for outdoor seating become scarce when the sun makes a rare appearance, so the “Sunshine Service” will ensure that everyone has what they need to enjoy it in pure bliss.

When the mercury starts to rise, the sun makes an appearance, and sun-seekers take to the great outdoors, representatives from Scotland’s ‘other’ national drink will be on hand to deliver BRU-orange deckchairs and cool-bags full of ice-cold ginger nectar up and down the country.

To be in with a chance of getting one of the summer care packages, fans simply need to share a photo of their less-than-ideal sunbathing situation with IRN-BRU - whether they’re trying to soak up the sun while working from home, or resorting to using their dining room chairs as sun loungers.

A lucky selection will have their dreams come 'BRU' with the perfect summer set-up delivered straight to their chosen sun trap!

Adrian Troy, Marketing Director at AG Barr said: “Not only is IRN-BRU Scotland's ‘other’ national drink, it’s a brand that supports its fellow Scots through thick and thin. So, with some more sunny weather on the horizon, we wanted to help people enjoy these rare Scottish rays in true BRU bliss!”

Requests can be made through the official Sunshine Service WhatsApp hotline, or by tagging the brand in an Instagram story using @IRNBRU #SunshineService.