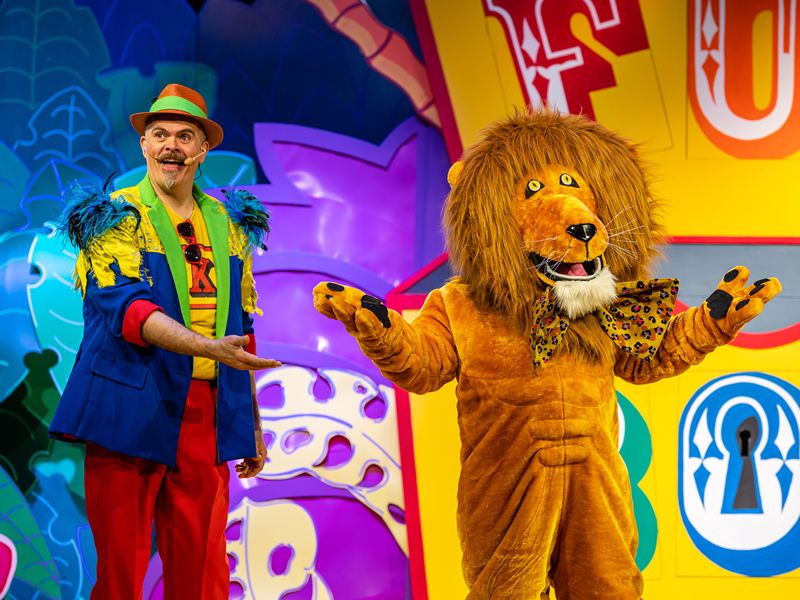 The much-loved trio of Kevin Macleod, Anya Scott-Rodgers and Bonzo the Dog have delighted thousands of children and their families across the country since they first took to the stage in 2015. 2022 will see Funbox hit the road one last time - and they plan to go out with a bang.

Formerly of The Singing Kettle, Kevin, Anya, and former musical partner Gary Coupland created Funbox after the end of the iconic children’s entertainment act in 2015. Balancing traditional singalong songs and brand new compositions with a distinctly Scottish flavour, over the years Funbox have developed their own unique brand of modern manic humour and organised chaos that fans love.

At the heart of every show is the magical but mysterious Funbox, which contains everything audiences need to sing a song or have an adventure. For their ultimate year of touring, Anya and Kevin will take the ‘funbox’ for a final whirl before hanging up their keys.

Glasgow audiences will be treated to the fantastic The Final Fling, perfect for kids of all ages – from nought to ninety.

Anya Scott-Rodgers said: “Funbox has been an incredible part of our lives, and visiting Glasgow was always a highlight. All good things must come to an end, and we’re planning to go out on a high. We can’t wait to perform at The Glasgow Royal Concert Hall one final time and say a fond farewell to our loyal audience.”

Kevin Macleod added: “Seven years have come and gone in the blink of an eye and we still can’t believe how lucky we’ve been to call this our job. We’re looking forward to welcoming audiences to The Glasgow Royal Concert Hall to sing with us for one last big Funbox hoolie!”

Since forming, Funbox have taken their special brand of family fun the length and breadth of the country and beyond, with memorable performances in Orkney, Cambridge – and plenty of places in between.

Catch Funbox at The Glasgow Royal Concert Hall, Glasgow as part of their final tour this year.

Tickets on sale via www.funbox.co.uk