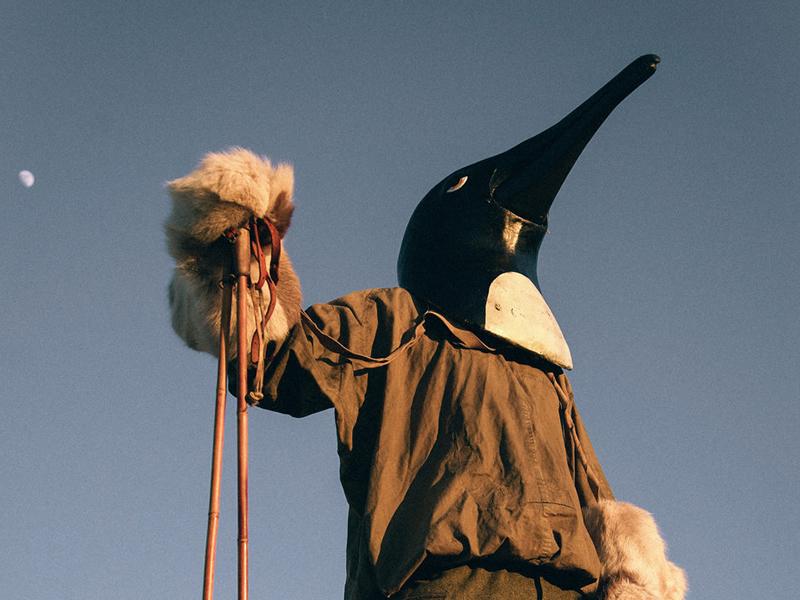 Arthur Jeffes is a musician, composer, producer and founder of Penguin Cafe. Before settling down to make music he studied archaeology at Cambridge University and dabbled in Arctic exploring, which became the starting point for Arthur to become a composer in his own right, as the prolonged periods of icy silence inspired original compositions, most recently on the latest Penguin Cafe album ‘Handfuls of Night’ released September 2019 on Erased Tapes Records.

Following in the footsteps of his father, Simon Jeffes of the iconic Penguin Cafe Orchestra, Arthur formed Penguin Cafe with a brand new line-up in 2009, bringing together a talented array of musicians to create a new generation Penguin Collective, initially to keep the music from the Penguin Cafe alive.

Four new albums of original music followed: A Matter of Life … in 2008, The Red Book in 2014 and The Imperfect Sea released on Erased Tapes in 2017. The same year Arthur paid tribute to his late father by performing PCO’s seminal record Union Cafe live to a sold out Union Chapel, coinciding with the album’s re-issue on Erased Tapes.

Most recently, 2018 saw the Penguins perform in Paris, Berlin and London with a special show to support Greenpeace at the new venue EartH in Hackney, and 2019 brought the release of the band’s latest album ‘Handfuls of Night’, in September on their label Erased Tapes. 2019 also saw Penguin Cafe tour extensively in the UK culminating in their sold out show at the Southbank’s Queen Elizabeth Hall.

This year, 2020, sees the band having just completed touring throughout Europe in January, with more dates announcing through the year, including a headline show at London’s Barbican Hall in September.

Arthur has also been working with Greenpeace and Aardman Animations, composing the soundtrack for a special film ‘Turtles Journey’, released at the end of Jan to high acclaim, promoting the campaign to ‘Protect the Ocean’. His work with Greenpeace continues.

While we take every opportunity to ensure the details for Penguin Cafe are accurate, we always advise that you contact the event organiser before setting out for the event to avoid disapointment. All information (whether in text or photographs) is given in good faith but should not be relied upon as being a statement of representation or fact.