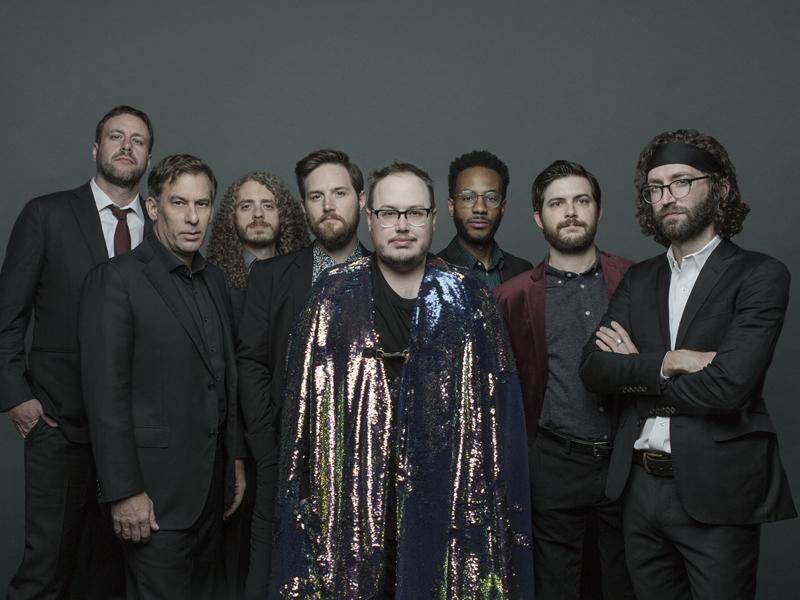 About St. Paul and the Broken Bones

While playing in Birmingham, Alabama, as part of the alternative soul outfit The Secret Dangers, Paul Janeway (vocals) and Jesse Phillips (bass) collaborated on a new project intended to be their "last hurrah" before focusing on other careers.

Something about the duo clicked, and they brought other members into the band to record their first EP Greetings from St. Paul & The Broken Bones in 2012. They had never played a live show.

With powerful vocals (Janeway) and the band’s magnetism, the band soon began touring around the country. In 2014, St. Paul & the Broken Bones released their debut album Half the City in 2014 and its follow-up Sea of Noise in 2016.

An aggressive touring schedule, both nationally and internationally, eventually led to a stint as the opening act for the Rolling Stones. Since then, they band has appeared on The Late Show with David Letterman, Jimmy Kimmel Live, Conan, Austin City Limits and The Late Show with Stephen Colbert.

To date, St. Paul & The Broken Bones has released three albums and two EPs. In their latest, Young Sick Camilla (2018), the band branches out into funk and disco but still offers more of their trademark soulful Southern sound.

Join one of the world's most successful fantasy fiction authors, Cassandra Clare, as she visits Glasgow's Old Fruitmarket to share an exclusive edition of The Last Hours: Chain of Gold.
Read more

Vintage Crop are heading back over to Europe & the UK in July, don't miss them live at The Flying Duck on Thursday 7th!
Read more

Baltic Street Adventure Playground is running a holiday programme until 13th of August, Tuesday to Saturday. It's free to attend and has lots for the kids to do!