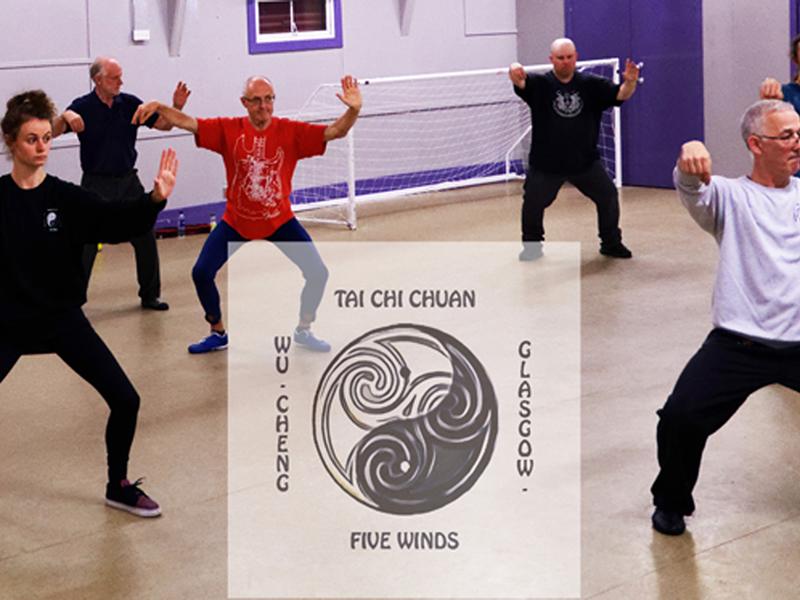 Beginners (and more experienced) are welcome along any class evening, or contact us first to discuss if you prefer.

Please feel free to come along, or get in touch.

All information (whether in text or photographs) is supplied in good faith but should not be relied upon as being a statement of representation or fact. We take every opportunity to ensure the details for Five Winds School of Tai Chi Chuan Glasgow are accurate, please contact us at hello[@]whatsonnetwork.co.uk if any of the above information is incorrect.

**Train from as little as £16 per month or Pay as you go****FREE XS Dragon training suit****Our Dragon classes are taekwon-do lead with lots of fun!!...
Read more

Glasgow Karate-do Shoto Association was formed in 1992 and is independent of any other martial arts organisation.
Read more

Tae Kwon-Do can improve your child's confidence, co-ordination, concentration, fitness and discipline as well as being a fun activity taught in the safest...
Read more

Titan Taekwondo is based at Craigholme Sports Complex in the south side of Glasgow. We practice the Korean martial art and Olympic sport of Taekwondo....
Read more

Pro Judo is a Judo Scotland affiliated club and was founded in 2000 by Brian Long, in that time it has developed into the largest judo club in Glasgow and the West Coast of Scotland.
Read more

Wing Tsjun Scotland is a registered sports charity that provides self defence courses for all ages through the means of a traditional Chinese martial art called Wing Tsjun.
Read more

Start your Christmas celebrations in style when the annual Christmas Spectacular returns to Glasgow Royal Concert Hall, it's the ultimate, unmissable Christmas party!