Declan Welsh & the Decadent West have been added to the line-up for the special World Refugee Day concert taking place at Glasgow Green this afternoon! 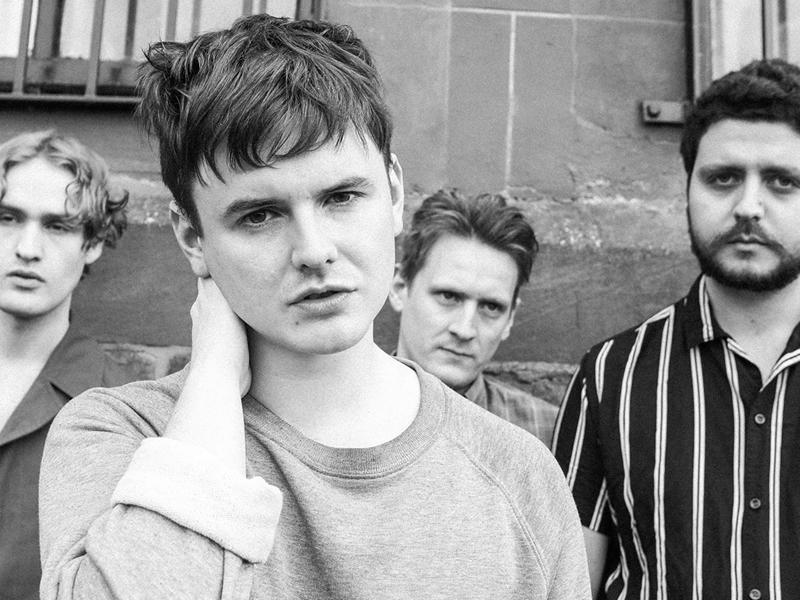 The UEFA EURO 2020 Glasgow Fan Zone will mark World Refugee Day this Sunday, 20th June with a special collaboration with Refugee Festival Scotland, as part of the exciting cultural programme at Glasgow Green.

Refugee Festival Scotland is produced and coordinated by Scottish Refugee Council – an independent charity that supports people rebuilding their lives in Scotland – and its pop-up event at the Fan Zone will feature performances from local refugee-led artistic groups, alongside a performance from Glasgow outfit Declan Welsh & the Decadent West.

Free tickets are available now for the afternoon of musical and dance performances, celebrating the contribution refugee communities make to life in Scotland.

Declan Welsh is a songwriter from Glasgow. With his band, The Decadent West they create music that is unapologetic, direct and with a message of humanity. Declan visited Palestine recently, to witness the occupation and show solidarity with the Palestinian people. While there, he played a set at Bethlehem Live, performing his single 'No Pasaran' (a song about standing up to fascism) with an orchestra of refugee children.

Maryhill Integration Network’s Joyous Choir will take to the stage at Glasgow Green alongside Iranian singer-songwriter Farzane Zamen and Zaynep Celebi, a singer from Turkey. Visitors will be able to enjoy songs of solidarity, sisterhood, friendship, freedom, journeys and dreams – all championing social inclusion, diversity and empowerment.

The Albanian Scottish Association, Albscott, are also set to put on a vibrant show featuring their Colours of Life dance group. Specialising in fusion performances of traditional folk dances from across the globe, the troupe will celebrate the richness of Scotland’s artistic landscape through dance, music and fashion this World Refugee Day.

Romane Cierhenia – a family group of Polish Roma musicians and dancers – will showcase their Roma heritage through an exciting new choreography, performed to Gypsy music that has been passed down by their ancestors.

Councillor David McDonald, Chair of Glasgow Life and Depute Leader of Glasgow City Council, said: “It’s fantastic to see Glasgow’s refugee community and the city’s diversity and warm inclusivity celebrated in this unique live performance marking World Refugee Day. To be able to enjoy the talents of local groups in a live environment as part of Refugee Festival Scotland makes this all the more special and it will a poignant moment for many to experience that sense of connection again safely.

“There is a wonderful cultural offering taking place on Glasgow Green between now and 11 July which I would urge people to make the most of this summer. With music, comedy, arts, dance, film and family entertainment, there really is something for everyone.”

Scottish Refugee Council Chief Executive Sabir Zazai said: “Refugee Festival Scotland is a time of the year when we get together to celebrate the riches New Scots bring and the warm welcome Scotland has always extended to its new citizens. The festival is a chance to meet new people, find out more about each other’s cultures and backgrounds, see how much we all have in common and maybe even make new friends. Everyone is invited. After such a difficult year its more important than ever to find ways to connect and look out for each other.

“This year’s festival coincides with the 70th anniversary of the Refugee Convention, a UN treaty that defines and defends the rights of refugees. Over these 70 years, people fleeing conflict, persecution and human rights abuses have sought sanctuary here in Scotland and they have enriched our communities, both socially and economically. This World Refugee Day, we’re inviting people to join us in giving a warm welcome to people who have recently arrived in Scotland and to be part of a positive movement of friendship and solidarity with people seeking safety.”

The Refugee Festival Scotland performance on Sunday is part of packed programme of largely free cultural events running at the UEFA EURO 2020 Glasgow Fan Zone until Sunday 11 July available for anyone to enjoy – and there’s still the chance for people to get their hands on tickets.

Showcasing Scotland’s diverse cultural scene in a safe environment throughout the tournament, there is everything from contemporary and traditional music, comedy and drag nights to cinema, dance and family entertainment, taking place.

Start your Christmas celebrations in style when the annual Christmas Spectacular returns to Glasgow Royal Concert Hall, it's the ultimate, unmissable Christmas party!